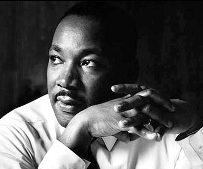 As we have struggled to bring to light the injustice in how clergy abuse survivors are treated in Baptistland, I have often pondered the words of King’s letter. I too have grown to the conclusion that the “moderates” may be the most frustrating of all.

Any fool will know that people who denounce clergy molestation survivors as “evil-doers” and "opportunists" aren't likely to be people who will extend much help. Of course, that’s “any fool” except countless other Baptist leaders who remain content to keep men of such hateful words in high leadership. Nevertheless, for us mere mortals, the heartless cruelty of men such as this -- and there are many of them -- is at least transparent. So we don’t get our hopes up.

In fact, most “moderate” Baptists maintain the same status-quo as the other Baptists.

This column was previously published on Martin Luther King day in 2011.

Posted by Christa Brown at 8:38 AM