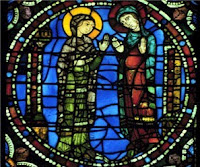 Why do you do this? It’s a question I get asked a lot. The answer is this: I’m a mother.
Motherhood is transformational. I feel that mother-bear instinct not only for my own offspring, but for every kid out there.
Most clergy sex abuse is committed against adolescent kids. However near-grown their bodies may appear, any mother can see that they’re still kids. When trusted ministers sexually abuse kids, it does violence not only to their still-developing bodies and minds, but to their very souls. When other religious leaders turn a blind eye, it does still more violence. And it is a very dangerous and hateful sort of ignorance that seeks to blame the kid rather than holding the minister accountable. Yet, we often see this among Baptist church leaders. Any dumb mother bear would know better.
No kid is unharmed by the sexual abuse of a religious authority figure. No matter how tough the strut, no matter how rough the talk, no matter how many tattoos or piercings, no matter how short the skirt, no matter how tight the jeans – none of it matters. For every kid this happens to, it becomes a nightmare.
That’s why I do this. Perhaps I’ve got nothing more to offer than a tiny nightlite, but I do this because I want to end the nightmares. I’m a mother.
And now....a Mother's Day gift for all of you: a mother/daughter survivor story.

Posted by Christa Brown at 9:02 AM

Why do you single out just baptist predators? A predator is anyone who violates another person's rights...I can be for your cause to eliminate predators but why baptist only...however, to me, you single out one particular group when all predators, whether catholic, jew, protestant, baptist (to name a few), or whatever religion, are wrong. I am a mother as well and I to understand what it means to be violated, however, I attack all groups which have these predators not just baptist...please negatively speak against the individual people and not the group...everytime, someone blames the group and not the individual and that's where we make our mistake. i know that we assemble with those we associate but we need to blame the person and not the group...ultimately, people make their choices!

StopBaptistPredators functions as an arm of SNAP - the Survivors Network of Those Abused by Priests, which is an organization that reaches out to ALL persons who have been abused by religious authority figures, regardless of faith group.