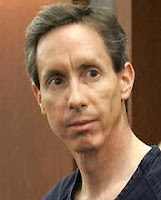 Warren Jeffs, head of the Fundamentalist Church of Jesus Christ of Latter Day Saints, was convicted of rape-by-proxy for forcing a 14-year old follower to marry her 19-year old cousin.

Across America, many are probably wondering how someone like Jeffs could develop such a following. Why do people surrender themselves to such a cult-like sect? It’s now clear that Jeffs is a criminal, and his followers look like gullible oddballs.

But I have sympathy for his followers. I know first-hand what a powerful weapon religion can be. I learned that lesson among Southern Baptists.

When Southern Baptist ministers use scripture for their own perverse purposes to rape adolescents, is it so very different from what happened in the FLDS church? And how much different is it when countless other Southern Baptist leaders use their own twist on the autonomy doctrine as a religious excuse to do nothing about those ministers who rape the young? This also seems pretty cult-like to me.

Perhaps it’s a little different from the FLDS scenario, but not much.

I’ve heard similar stories so often that I sometimes wonder whether there’s a seminary course that teaches this sick stuff. I can just imagine the course title: “Biblical Rape 101: How to twist the scripture to get young flesh and silence them when you’re done.”

In Southern Baptist churches all across America, trusting faith-filled young people have been given over as sacrificial lambs to scripture-quoting clergy-predators. Meanwhile, the other shepherds look the other way and refuse to hear or see that anything is amiss. If the wounded lambs dare to bleat, the shepherds lash out at them with still more religious doctrine. Autonomy. Autonomy. Autonomy.

Posted by Christa Brown at 5:24 PM