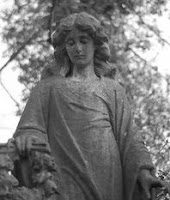 When I saw the news that “media staff at a large, moderate Baptist state convention” referred to me as “THAT woman,” it started me thinking. If that’s the sort of thing they say when they’re talking to a journalist, what do they say when they’re just shooting the breeze with their buddy in the office next door?

And if that’s the sort of thing “media staff” say -- i.e., paid spokespersons who are trained to be careful in their speech -- what do some of the other guys say?

Sadly, I can give you examples of some of the other things they say about clergy abuse survivors.

I know these words carry some sting, and so I hope I don’t hurt any of you by posting them here. However, I think hateful words sometimes lose some of their power when they’re put out in the open.

Many of these words were flung directly at me in person, via email, and via anonymous blog comments (which I deleted), and sometimes they were flung repeatedly. Some were said to other Southern Baptist abuse survivors, who related them to me. A few even made their way into print. Here are the things Southern Baptist leaders have called us:

I’m certain I’ve left some out. But this is enough to give you a sampling of the kinds of things clergy abuse survivors hear from Southern Baptist leaders.

It’s why Southern Baptists need a review board with trained professionals… so that people can safely report clergy abuse without having to hear hurtful, ignorant words like these.

When you see so many so-called religious leaders repeatedly spouting this kind of language, it starts to look simultaneously tragic and comic.

If this is their notion of Christian love, nobody needs it.