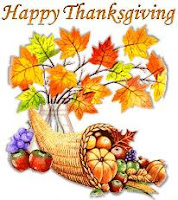 Southern Baptist ministers and leaders instilled in me a hateful lesson. The core teaching of their lesson was this: “You are a creature void of any value -- you don’t matter.”

In both my childhood and adulthood, Baptist leaders made that dehumanizing lesson absolutely clear. They whipped it into me.

It was a lesson first taught by Tommy Gilmore, the minister who molested and raped me as a kid.

It was a lesson reinforced by the keep-it-quiet music minister, Jim Moore, and by other leaders in my childhood church, who knew and stayed silent.

In recent years, the lesson was retaught by the current ministers and deacons at First Baptist Church of Farmers Branch, including the same keep-it-quiet music minister Jim Moore, who is still there. These were men who chose to threaten recourse against ME rather than doing anything about their own former minister who molested me when I was a kid.

Then, as though Baptists were afraid I hadn’t adequately learned my lesson, it was retaught yet again by the men of the Baptist General Convention of Texas who, with double-faced dissembling, strung me along, did nothing to help me, and instead helped the church that was seeking to silence me.

The lesson was repeatedly retaught again and again by men of the Southern Baptist Convention who misled me to think my perpetrator wasn’t in ministry, who wouldn’t even shake my hand, who did nothing to help me, and who said remarkably harsh and hurtful things.

In truth, if I were to recount all the misery of what I’ve encountered in Baptist-land, there would be no end to it. And how I wish my story were a rarity. But it’s not.

I’ve seen the effect of Baptist leaders’ “you don’t matter” message on many other clergy abuse survivors. It’s such a terribly hateful lesson for religious leaders to teach.

It’s a lesson that I consider myself lucky to have survived.

That’s why I’m always a bit bewildered when Baptist leaders lash out that I’m motivated by vengeance. What really motivates me is something more akin to gratitude. I KNOW how lucky I am.

After all, I survived my twenties only because I was too inept to kill myself off. I can’t help but think that even God might find some humor in the incongruity of it. I’m a “do-the-job-right” sort of perfectionist, and yet I’m also a person whose heart is filled with unending gratitude for my own imperfect failure.

In more recent years, when Baptists’ “you don’t matter” message reared its ugly head again, I was graced to have other people in my life -- people who worked hard to counter that hateful Baptist teaching and to remind me that my life did indeed matter. If not for them, I almost certainly would have lost my grasp. Thank God for non-Baptists and non-believers.

I am a survivor. And I am grateful.

It’s not something I take for granted because I know there are many who do not survive the savage wound that is inflicted by the sexual abuse of a trusted religious leader. It is a wound that literally kills people. And if the wound itself doesn’t kill, then the infection that follows from the faith community’s hateful collusion will sometimes finish off the job.

Every clergy abuse story is a tragic one, but the stories of those who successfully commit suicide are among the most heart-wrenching of all.

Many more clergy abuse victims survive in body, but are lost down a myriad of dark chasms. Lost to alcohol. Lost to drug addiction. Lost to rage. Lost to self-mutilating behaviors. Lost to isolation. Lost to chronic depression. Lost to mental illness.

My heart is filled with gratitude. I came out on the other side of that dreadful darkness, still alive and sane. Whatever pain I may have, I am grateful for the capacity to feel that pain and for the ability to speak of it. I pray that my voice may help others and may work for good.

May your hearts be full. Shine on, Survivors!

"I’ve seen the effect of Baptist leaders’ “you don’t matter” message on many other clergy abuse survivors. It’s such a terribly hateful lesson for religious leaders to teach."

They have a lot to worry about. They do not take seriously 1 John or Hebrews 10:26-31. Not to mention Corinthians 5:

"But now I have written to you not to keep company with anyone named a brother, who is sexually immoral, or covetous, or an idolater, or a reviler, or a drunkard, or an extortioner—not even to eat with such a person."

We are not to even keep company with such people who profess Christ but do these perverted things...and yet, they are hired and kept on in churches even when the truth becomes public.

Their protectors simply ignore the same bible they quote to you about you being vengeful. Amazing huh? And they are supposed to be the theologians.

The message of the church of hell has alwasy been that the weak and innocent are useful only for food, for selling into slavery, and for offering to false gods. The SBC and IFB give abundant evidence that they actually have nothing to do with Christ and have far more in common with the blood thirsty religions devoted to Molech and Ba'al.

I'm thankful that, from that cesspool of false religion, God has drawn out His own people, to show them His mercy and to give them fellowship with Him through His Son Jesus Christ. I'm thankful for the evidence of Christ, who also suffered from false religious leaders, in your life and ministry.

Christa,
It is so often that a victim of abuse becomes somewhat a "perfectionist", driven to do everything perfectly, for reasons we know, to make fill up a feeling of hopelessness, sometimes to atone for false guilt.

Just want to say I am thankful for you. And I am very thankful specifically for one of your "failures". I am thankful that there was a time where you could not "do-the-job-right".
I and many others would have missed something special. So I guess I'm saying thanks for not being perfect. And thank you for being who you are.
oc.

Thankful? Yes, I am thankful for so many things. What this group is attempting to do is right up at the top with several others. I watched the corruption and cover-up activities of the SBC, some of its churches, and too many of its pastors for too long. whenever an attempt was made to speak out becoming the enemy was the result.
Christa, I hope we can be a source of strength to you as you win this up-hill battle. You have demonstrated great courage and faith to lead out like you have. For you, I am thankful.
To the others who visit this blog, thank you for your faithfulness and courage to cry out in the wilderness.
Thanks to everyone.