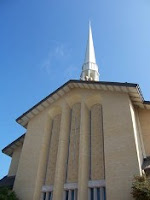 Despite numerous reports about a teacher’s physical abuse of toddlers, Hyde Park Baptist Church kept the teacher in a classroom of toddlers. The result of their blind-eyed approach? A 1-year old named “P.C.” suffered a head injury when the teacher knocked him to a tile floor.

As reported yesterday in the Austin American-Statesman:
“Hyde Park administrators had received numerous complaints from parents and teachers regarding Lowry’s inappropriate and abusive behavior towards toddlers. Despite these reports, which spanned a period of 10 years, Hyde Park chose to retain Lowry as a lead teacher in a classroom with children under the age of 2.”

The court of appeals’ opinion provides details, and those details are appalling. (Cause No. 03-07-00437-CV in the Texas 3rd Court of Appeals)

It took 10 years for Hyde Park officials to remove this teacher from working with toddlers despite numerous reports of abuse.

It took a child's head injury and a CPS investigation for Hyde Park officials to remove this abusive teacher from working with toddlers.

It took a lawsuit for Hyde Park's long-standing negligence to be brought into the light of day.

If this is how Hyde Park church officials handle reports about a teacher’s physical abuse of toddlers, how do you think they would handle a report about a minister’s sexual abuse of a teen?

When you see such an entrenched lack of accountability, lack of responsibility, lack of care for kids, and lack of transparency, I think you have to assume that this church would probably handle a clergy sex abuse report in much the same way.

Perhaps they already have.

Posted by Christa Brown at 5:37 PM

What would be the reasons for not firing this teacher? She wasn't a pastor? She was a even a woman! I'm lost for motivation of anyone involved to continue to allow this one teacher to abuse children?????????

If I were a betting man I would wager that she had "connections" in the church that nobody wanted to tangle with.
Just a guess from years of experience!

I grew up in that church, but I won't ever set foot in it again. I hate even driving near it. You're right about everything, Christa. Everything you say is true.

I'm with John. I'll bet she had connections nobody wanted to tangle with.

But why the hell are connections (or whatever the reason was) held up higher than keeping children safe?!

And who is often the ultimate, most-connected person in the congregation? The minister. It's why it makes no sense whatsoever for Baptist leaders to keep telling abuse survivors that they should report it to the church of the clergy-perpetrator. Nobody wants to tangle with him. Nobody wants to even take the first step down the road of trying to assess it. And even if deacons or people in the congregation were willing, they wouldn't be capable of it because there's no way on the planet that they could possibly be objective.

Anon 11:06 - I don't know what happened to you at Hyde Park that gave rise to your feelings, but I hope you know that, whatever it was, you aren't alone in the way you feel. By now, I've heard so many stories about terrible things happening in Baptist churches, and about how they get covered up, and about how those who attempt to report stuff get virtually stoned into oblivion... that, sadly, I can't even imagine what anyone could tell me anymore that could possibly shock me. That's a pretty sad statement, but it's true. Welcome to the blog.

I had a situation where the man accused was the president of the local bank. To mess with him could mean the loss of a busimess, home, school loans, etc. The political corruption of baptist churches make the national parties look like Sunday Schools rather than the other way around.

The head pastor is J. Kie Bowman. He was there during this 10-year period.

But I am sure he would say he knew nothing about this.

This is very sad. Hyde Park once was a good church.