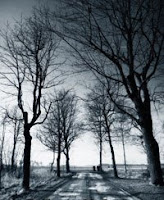 Betrayal by spirit means that the person who betrays the victim also plays a critical role in the resources the victim has for defining meaning. The victim’s spiritual path is blocked. The fundamental question all victims have to answer for themselves is: “Why do bad things happen to good people?” It is a far more troubling question when the cause of the problem is supposed to be the resource for the answer. . . .
People are searching for meaning. That search and the vulnerability it produces may be used as part of the seduction or the promise. Trauma bonding is exponential under these circumstances because it blocks the critical process of trusting anything meaningful and leaves only the option of despair.”

My own take on this:

In times of difficulty, grief and trauma, many people ask themselves “Why does God let bad things happen to good people?” But it is a far more troubling question when the “bad thing” is inextricably linked to what is supposed to be the resource for an answer – i.e., when the “bad thing” is inextricably linked to God or faith. For those who have been abused by religious authority figures, the question becomes something more like this: “Why did God pre-ordain that I should be nothing more than a rape-toy for one of His anointed ones?”

Clergy sex abuse sets up an extremely difficult psychological dynamic. I’m no therapist, and I won't tell you how you should or shouldn’t feel. Besides, we’ve all had more than enough of the “shoulds” and “shouldn’ts”, haven’t we? I do hope, however, that there may occasionally be something on this blog that may help some of you to realize that your feelings are normal.

My wish for all of you is that, wherever you are on your journey, you will give yourself the space and the freedom to feel whatever you honestly feel . . . and to know that your journey will continue from there.

Posted by Christa Brown at 9:56 AM

"For many clergy abuse survivors, they know too well what it can cost to buy into the belief that God had a plan for their life. Their bodies, souls and psyches paid a heavy price for that belief. That’s the belief they were raised with; that’s the belief they held fast in their hearts; and that’s the very belief that clergy-perpetrators used as a weapon against them." The truth of what you have said continues to break my heart. A God-ordained plan for my life and the beliefs that I was raised with -- all that was shattered never to be made whole again. I want to worship and feel safe in a house of worship -- but I just don't, I don't care what church it is. I always end up not trusting, not believing. I want to be innocent, I want to sing Jesus Loves Me and believe it, I want what I once thought I had but now know it never was real.

I couldn't figure out how to edit the other post and so that's why it was deleted.
My father was my clergy and he sexually abused me. One of my greatest hurts came when I finally got courage to seek healing from leaders of his denomination and the statement was made that because this was a family matter that my abuse was different and if I had only been a member of the congregation I might have received more help. Instead what they offered was pointless. Even though I was a member they treated me with less respect because my clergy was my father. I found that he received far more protection and had to struggle many times with why he was allowed to continue preaching while I was left to find healing on my own. I did find a church to worship and feel safe in, but it wasn't an easy journey to that place.

Christa--keep up the good work! All these awful preditors have a more important judge to face as they come before God at their judgement. Even Christ would not be an advocate for one so depraved. His words in Matthew 23 are pretty clear!

I have read the excuses of the SBC--all of them empty, in my opinion. Any clergy of the SBC could and should have their ordaination withdrawn by the ordaining church/association which had responsibility for letting them into the ordained ranks.

Nowadays the SBC would rather lament its lack of funds for missions rather than repent for being arrogant and judgemental only to gays and women called into ministry.

The public is passing its own judgement by the fact baptisms are significantly down by the SBC's own admission. A recent paid consulting firm advised a new Baptist church in Jacksonville, FLA, after a community survey: "Do not use Baptist in your name because of its negative connotations according to our public opinion study which cost you many dollars."

The public is not as dumb as Baptists think when it comes to personal morality!

I found it interesting that Dr.Carnes used the phrase "betrayal by spirit" because I have often felt that besides being sexually harmed and emotionally devastated, that I was spiritually raped. And strangely, that has been the most difficult of all to handle. I understand completely what Phyllis commented - I don't know if I will ever feel safe in church again either. But I can never lose faith in God and the hope that somewhere in His sovereignty there is a reason for it all.

"I want to sing Jesus Loves Me and believe it."

I know exactly what you mean, Phyllis. I often think about the song, “Jesus loves the little children.” Remember? "Red and yellow, black and white, they are precious in his sight.” That covers just about all the kids. Just about. For Baptists, it covers all except those who are unfortunate enough to be sexually abused by so-called Baptist men of God. For any kids who fall into THAT category, then they are forever cast into the pit of hell and forever forgotten. For Baptists, it's as though such children never existed. And based on how Baptist leaders treat them, it's obvious they're viewed as lesser creatures. For Baptists, it's more like "Jesus loves the little children" EXCEPT those whom our ministers abuse.

"One of my greatest hurts came when I finally got courage to seek healing from leaders of his denomination... he was allowed to continue preaching while I was left to find healing on my own."

This is what I think many people absolutely refuse to see. It's so much tidier if they can put the problem in a box and think it's just about the perpetrators. But many abuse survivors say that the greater damage is actually done by other church and denominational leaders -- i.e., by all the others who turn a blind eye and act like it's no big deal.

Shere': Welcome to the blog!
Gene: Welcome back.

Amen, Christa. Tidying up just doesn't cut it. The betrayal of other church leaders and members whom I considered my dearest friends and family was the mortal blow to my faith in "church".
Jesus does love the children. Sadly, it's His people that do not.

Christa: Thanks for your blog. Because there is no place in the church to talk about this subject, it's nice to have even this small voice.

"But many abuse survivors say that the greater damage is actually done by other church and denominational leaders -- i.e., by all the others who turn a blind eye and act like it's no big deal."

This is what I cannot abide by any longer. I simply refuse to let them off the hook for looking the other way. I have lost friends over this view who just want 'God to handle it' and move on. I asked them: Then WHY WERE THE EPISTLES WRITTEN? To deal with sin and problems in the church for US to handle. Why aren't the victims worthy of justice, healing and protection. Why aren't their burdens worthy of us carrying like scripture teaches us to do? Why do we ignore scripture when it comes to victims and teach a cheap grace of easy forgiveness and blame the victim? This is no different than expecting a victim's family to dine with the murderer.

We are to EXPOSE evil. Not EXCUSE it.

Here is my view that I make known: If you know the truth and look the other way (ignoring scripture, I might add) then you are just as guilty and will answer for it.

We can forgive them as they rot in jail for the rest of their lives paying a debt to society for their evil deeds. We can pray for their salvation.