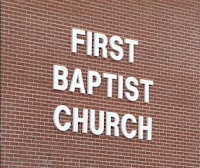 From the get-go, there was a lot that seemed not-quite-right about the case of Southern Baptist minister David Pierce at the prominent First Baptist Church of Benton, Arkansas. All sorts of things seemed wrong with the picture.

Less than two years into a 10-year sentence for sexual indecency with children, Pierce is up for parole. And get this: The press was denied access to the parole hearing. Why? As reported by the Benton Courier, it was what Pierce and his attorney wanted.

I guess if you’re a prominent former Southern Baptist minister, you can still get special treatment even after you’ve been convicted on multiple child sex charges and even after it has come to light that you sexually abused church-boys for a couple of decades.

In fact, if you’re a prominent former Southern Baptist minister who sexually abuses church-kids, you can get the president of the Arkansas Baptist State Convention and “powerful citizens” to write letters to the judge, urging leniency for you in sentencing.

And if you’re a prominent former Southern Baptist minister who sexually abuses church-kids, you can apparently get your parole hearing closed to the press . . . even if it’s illegal.

“We have researched state law to find an exemption and contacted attorney John Tull of Little Rock, who is the foremost authority on the Freedom of Information Act in Arkansas,” Larimer said.

“There is no exemption in the Act for this kind of thing . . . John Tull cannot find any authority nor precedent for ever doing this before, and it’s his opinion that this was done in violation of the Freedom of Information Act.”

Posted by Christa Brown at 9:46 PM

Is anyone involved thinking about how this special treatment affects the victims of this convicted sexual molester?? Can any of their parents or any of the victims be present?