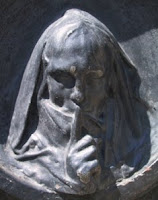 Lately, I’ve been reading a lot about tragedies and catastrophes. One essay talked about the Oklahoma City bombing, which claimed the lives of 168 people and injured many more. Extensive rescue efforts were undertaken in the rubble of the federal building where the bomb exploded. Afterwards, legislation was passed to increase protection around federal buildings; a memorial was dedicated on the site; and annual remembrance services are held.
This recalled to my mind an article by Dee Miller, a former Southern Baptist missionary to Malawi, who has done much work in trying to minister to clergy sex abuse survivors. Dee and her husband had strong ties to Oklahoma City, and many of their family members lived there.
Dee wrote this article in 1997, and tragically, very little has changed in Baptistland since then. Below are some excerpts; they still hit home.
“For my family and me, the Oklahoma City tragedy was an intensely personal wound. . . . We had to watch the heart-wrenching scenes on CNN. Unlike most Americans, we recognized two of the grieving family members. One of my cousins was among the rescuers. . . . We were in grief and shock. . . .
“Like many Americans, we watched the memorial service through tear-filled eyes. . . . How proud I was to be an Oklahoman. How proud to be an American. As the local disaster team was joined by others from around the nation, heroic efforts were made to look for survivors, to help everyone involved in processing powerful feelings, and to assure all Americans that every effort was being made to find those responsible. This tragedy happened in one of the most unexpected places in our nation. We were terrified, knowing that we were all vulnerable; yet none suggested we ignore that fact.
“As I struggled with the bombardment of emotion, it was impossible to ignore the stark parallels and contrasts between this acute crisis and the chronic one to which I have chosen to devote a major portion of the past ten years of my life.
“Perhaps it is difficult for persons outside of the survivor activist movement to understand, but my prayers and grieving for the sufferers in Oklahoma City mingled with my prayers and grieving for all of us within the institutional church -- those who are aware, those who are naive, and those who prefer to ignore what they know about violence in the profession which society wants to trust for moral leadership.
“In no way do I want to minimize the intense physical or emotional suffering of bomb sufferers. . . . It is never wise to compare the intensity of suffering in one group with that of another. It is wise, however, to examine ourselves and our responses in every situation of violence in the hopes of sharpening our awareness of challenges in our own midst. . . .
“In Oklahoma City the bodies of many survivors were buried beneath the rubble. We, in the community of faith, have thousands of unidentified living survivors who remain emotionally and spiritually buried beneath piles of debris. A few are crying out softly. Others cry silently, afraid to be found. . . . It is difficult to imagine parallels in reverse, but I believe it is helpful.
“Imagine an Oklahoma City rescuer, upon hearing the voice of an entrapped survivor, edging his way as close as possible to the survivor's tomb and whispering: "Sh-h-h! Please be quiet. We don't want to find you. You embarrass us. You remind us that America is not the safe place we want it to be."
"Imagine another survivor running from the scene -- unknowingly in the direction of a television camera -- only to be stopped, have his bloody face washed by a bystander, and advised to go home and forget what he has just witnessed.
"Imagine a family member being told by a counselor: "You are not to speak about your pain and loss. It will remind outsiders that federal buildings may not be the safe places they were once thought to be."
Ultimately, Dee Miller posed this question: “What is it that keeps people in the church zealous about confronting the evils of this world, yet paralyzed when confronted with the evils of violence in our own front yards?”
To this day, Dee’s question haunts me. But I know for sure that what Dee says is true: Thousands of survivors and their families have been buried in the rubble of systemic clergy sex abuse and cover-ups, and they remain entombed in the quandary of the faith community’s uncaring oblivion.
If Baptists were to allow themselves to actually see these many wounded people, and to hear their cries, then Baptists would have to confront the realization that their churches are not the safe places they imagine.

I wish you would post all your blogs on Face Book. Maybe you can't do that, I don't know. I would just like for it all to be out there for everyone to see.

to use an expression the PA Dutch use around here....'I cry for their sad'.

This is a true, though very troubling, analogy. It's easy to confront the evils of the world, when they convince themselves they're holy and righteous, and the rest of the world is going to hell. When that evil is in their front yards, it's shameful, embarrassing, and humiliating. So, they do everything within their power to discredit the courageous sexual abuse victims who come forward. Rather than honor God by ministering to the victims and establishing critical measures to protect kids, they post the sexual predator's bail, crowd the courtroom in support of him, and issue statements from the Chairman of the Deacons saying that the church knew nothing about the abuse and they are praying for the PREDATOR (not the victims). It stirs in me a righteous anger that makes my blood boil.

“What is it that keeps people in the church zealous about confronting the evils of this world, yet paralyzed when confronted with the evils of violence in our own front yards?”

Because they are convinced their institutions are good. They cannot process evil in their own institution.

They are also convinced that if someone says they follow Christ then that is all that is needed.

The victims are guilty of bursting their bubbles.