Easy to say, harder to do 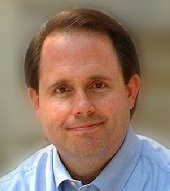 After my prior column, and after several other commentators called him on the carpet, Jim Denison has admitted he “made a mistake.”

Denison, the “theologian-in-residence” for the Baptist General Convention of Texas, had previously written that “it would have been best” for the Penn State abuse victims “to go directly to those who wronged them.” This was a terribly wrong statement, and I’m glad Denison has acknowledged it.

Personally, I don’t think his explanation for the mistake holds much water. Most other journalists would get royally skewered if they tried to explain away such a bad mistake by saying “I was writing on deadline.” Nevertheless, Denison has at least acknowledged his mistake, and that’s more than many other Baptist leaders do.

Nope. Baptist leaders don’t have a good track record on apologizing for their mishandling of clergy sex abuse. They just tend to move on and hope it gets swept under the rug . . . which it usually does.

And that brings me back to Jim Denison. Apologies are important. Words are nice. But deeds are what’s needed.

In today’s column, Denison says this: "Anytime a school, church, or other organization learns that a child entrusted to its care has been harmed, it must take immediate, proactive steps."

Again, these are nice words, but I say to Jim Denison: "Go tell it to the Baptist General Convention of Texas. You're their 'theologian-in-residence.' It's your organization. Push them to take proactive steps and put words into deeds."

After all, the BGCT keeps a confidential file of ministers reported by churches for sexual abuse. It’s a rare scenario when a church reports a minister for sexual abuse, and yet even in this rare scenario -- when the church itself reports a minister to denominational leaders -- the BGCT doesn't warn parents in the pews about who those ministers are. The information simply sits in a file at headquarters in Dallas.

And the BGCT doesn't even have any system for receiving abuse reports from the victims themselves, which is something that is much needed.

How can the BGCT react proactively to a report that a child in an affiliated Texas Baptist church was abused when the BGCT doesn’t even have any system for receiving victims’ reports, for assessing such reports, or for responsibly acting on them? Try addressing that one, Jim Denison.

My own perpetrator -- i.e., the minister who molested and raped me as a kid -- had his name sitting there in a closed file at the BGCT even while he continued to work in children's ministry in Florida, and even as I tried desperately to get something done about it.

And what did the BGCT do? It sent out its own long-time attorney to "help" the church of my childhood in dealing with my report of abuse. How did he "help"? By threatening to sue me if I continued to talk about it.

Get busy, Jim Denison. Clean up your own organization. But that will take deeds, not mere words. As David Clohessy of SNAP says: "It's easy to say stuff, harder to do stuff."