Good people do nothing 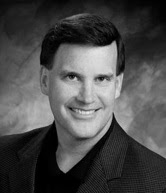 In last week’s Nashville Scene article, Rev. Wade Burleson said something that caught my attention. He’s the Oklahoma pastor who actually did something when he sponsored the predator database motion at last summer’s SBC annual meeting.

Burleson talks about how Southern Baptists are “good people” but says that, even though the committee-members have “great hearts,” funding will likely be a “sticking point” for any action. Then Burleson says this: “But...the answer to the money question lies in one simple truth: If you talk with just one Southern Baptist who’s been a victim, you will never ask that question.”

How I wish Burleson were right. But my experience, and the experiences of many others, tell a different story. Most Southern Baptist leaders continue to make excuses and demonstrate no incentive for action even after they talk to clergy abuse survivors.

I believe Burleson was simply saying what is true of his own feelings. I spoke with him briefly in San Antonio last summer, and I saw in his face that he was genuinely moved by the story of clergy abuse survivor Debbie Vasquez. So Burleson imagines that other “good people” would be similarly moved upon hearing a clergy abuse victim’s story.

I’m not at all critical of Burleson for thinking that. It’s what most people would think.

Once upon a time, not that long ago, I believed the same thing as Burleson. It’s why I reported my abuse in detail to 18 Southern Baptist leaders in 4 states. I was literally incapable of believing that there would not be someone who would want to help me in some way. But no one did.

I wound up meeting with 6 of those 18 leaders in person. It made no difference.

Months later, I stood on my feet in front of even more Southern Baptist leaders when I spoke to the subcommittee that is supposed to be addressing this at SBC headquarters in Nashville. It was a room of all men, and it was a pretty unnerving way to tell about traumatic abuse and rape by a trusted minister. But I hoped it would make a difference. It didn’t.

Most of the men in that room carried expressions of boredom or voiced hostility. It was a far-cry from any sort of compassionate environment.

Debbie Vasquez herself told the Nashville Scene that she “received a myriad of uncaring responses from Baptist leaders.” You look at that story in the Nashville Scene, and you tell me HOW religious leaders can coldly turn away from such stories. Yet, over and over again, they do.

Many other Southern Baptist survivors have related to me that, when they attempted to report their abuse, they received little more than a one-sentence response of “all churches are autonomous.” Many more were simply ignored.

These cold, uncaring responses have been the norm regardless of whether survivors contacted SBC headquarters in Nashville or any number of state convention headquarters. All across the country - in Texas, Oklahoma, Florida, Georgia, Missouri, Tennessee and other states - the apathy of Baptist leaders to abuse survivors has been much the same. And it is appalling.

After listening to so many abuse survivors tell of how they were treated when they tried to tell about their abuse, I can no longer believe as Rev. Burleson does. It would be like believing the earth is flat. There comes a time when the real-world data becomes too extensive.

As Edmund Burke said, “The only thing needed for the triumph of evil is for good people to do nothing.”

It is not bad people who allow the evil of Southern Baptist clergy sex abuse to persist. It is good people.