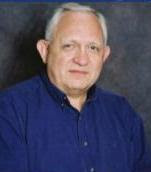 Yesterday in Arkansas, the longtime music minister of Benton’s First Baptist Church was convicted on four counts of sexual indecency with children. Based on a plea bargain, David Pierce will serve 10 years in prison. (That’s Pierce in the photo.)

Pierce was first arrested based on the allegations of a single teenager. But at the time of the arrest, church leaders “provided investigators with the names of the three adult church members who also said they were abused by Pierce when they were younger.” This information was reported by the Arkansas Democrat-Gazette as being shown in court records.

We also know from the Beacon Courier that, the day before Pierce was arrested on the single charge, the church’s senior deacon, Paul White, provided a detective with “the names of three men who allegedly told the church pastor, Dr. Rick Grant, that as teenagers they had been victimized by Pierce.”

These news reports substantiate information that I received from still another source -- church leaders knew about other allegations.

But what did they do about those allegations?

What did church leaders do about the allegations of adult men who claimed they were abused as kids by Pierce? What did they do about allegations that were presented even before the allegation of a teenager whose claim was recent enough for criminal prosecution?

What did church leaders know and when did they know it?

These are questions that senior pastor Rick Grant should have to answer.

It's not much to brag about if the only thing a pastor does is to cooperate with police after claims are asserted that are within the period for prosecution and after an arrest is made. But what did pastor Grant do to protect his congregation before that -- when he learned of allegations that were outside the period for criminal prosecution? These are questions that Grant should be held to account for.

Why was David Pierce still in ministry if there were already multiple allegations against him?

Even if the allegations of the adult men were too old for criminal prosecution, why wasn’t Pierce removed from ministry pending at least an investigative inquiry brought by the church?

Those brave men deserve to have the truth known. They mustered their courage to speak up about what Pierce did to them as kids. And what courage did pastor Rick Grant muster in response?

Though the men may carry a burden of undue shame, and though they may prefer anonymity, those brave men nevertheless deserve to have the congregation know that there were some who spoke up and who sought to warn others.

Pastor Rick Grant owes to those men -- and to his whole congregation -- a full, complete and transparent accounting of what he knew and when he knew it.

Eventually, after Pierce was arrested on a single charge, three more teens came forward with allegations. Pierce’s criminal conviction on four counts rested on the facts about his abuse of those teens whose claims were within limitations. But it should not be forgotten that there were others -- others whose claims were “too old to prosecute” -- others who had already told church leaders about what Pierce did to them as kids.

The prosecuting attorney said that "many persons claimed to have been victimized by Pierce during the past two decades."

How tragic that so many were so wounded over such a long period before Pierce was finally stopped. This tragedy speaks to the need for Baptists to create a place where people may safely report clergy abuse with the expectation that their reports will be responsibly assessed and acted on.

Finally, let me point out that this isn’t the first time we’ve seen troubling child-sex charges among Southern Baptist leaders in Benton, Arkansas.

Update 10:30 pm 8/28/09: See the Arkansas Democrat-Gazette article, “Choir leader admits child-sex abuse,” pointing out that Pierce will be eligible for parole in 18 months and that Greg Kirksey, former president of the Arkansas Baptist State Convention, asked the court for leniency on behalf of Pierce.

I read the article in our local paper today. This was a plea bargain and he will be out of jail in 18 MONTHS! A former pastor of the church asked the judge to go easy on this perp because once the men in jail found out what he was there for he would be subjected to abuse. NOW ISN'T THAT TOO BAD! He might find out what it is like. He might experience some of the pain anmd shame he gave to others. He just might :\"reap what he sowed".
It is sad that he will onmly serve sucha short time while his victims must serve a life sentence. It is sickening that the pastors offered support to him but none yet to the victims. This is a sad day for justice and truth!

John, that is not the first time I have heard about Christians begging for leniancy because the pervert will be abused in prison!

Note how they have compassion for the perp but not the victim.

Sometimes I wonder if it is because they think less of children and females in particular.

I just now spotted it, but I'm guessing this article in the Arkansas Democrat-Gazette is probably the one John saw: "Choir leader admits child-sex abuse." It points out that Pierce will be eligible for parole in 18 months. It also states that Greg Kirksey, who is a former 2-term president of the Arkansas Baptist State Convention and a former pastor at FBC-Benton, wrote to the court asking for leniency on behalf of Pierce.

I don't feel a bit sorry for this freak's health problems. OR that other inmates might victimize him in prison. He SHOULD reap what he has sown!!! It makes me SICK that the pastor asked for leniency...when will these so called "men of God" care more for the victims...and there are so many! And the bit about 2 victims writing letters asking for leniency...more manipulation and brain washing...more victimizing of the wounded.
Let the fellow criminals treat this man with the same dignity he treated vulnerable young boys! I have no sympathy for this piece of crap! He doesn't think he has done anything wrong!

I bet Pierce even has a secret deal with Grant, Kingsley or some of those other fine, upstanding important people who go to First Baptist in Benton: "Get me out of the joint fast and I won't tell what I know about YOU. I won't tell that you knew about what I was doing and kept quiet about it. I won't tell that I even apologized in front of you and you thought a simple apology was enough. I won't tell the world what hypocrites all of YOU are."

Several years ago I was minister of music in a Baptist church down south. It was only after I had served there for a while it was revealed to me that one of my predecessors had been an openly gay man. It was also revealed that this man had a "friend" who was a music minister in another town, and they would schedule youth choir tours together. I was a 20-something, idealistic young minister and I was totally shocked that this was apparently common knowledge in the church. When I asked why this was tolerated, I was told "he was a gifted musician, and his choirs won several awards."

You can't tell me people in the church didn't know what was going on.

"You can't tell me people in the church didn't know what was going on."

At least some people. Pastor Rick Grant and some other church leaders should have some serious explaining to do. But I expect that, like most of these cases we see, no one will call him to task; the congregation will simply try to put it all in the past as fast as possible.

I suspect these crimes will diminish drastically if not only the perpetrators, but those who knowingly cover for them are themselves held criminally liable.

XaurreauX: Welcome to the blog! Cool handle. As a kid, I was a huge fan of Zorro. Is your handle pronounced like Zorro?