Thanks to Rich Buhler 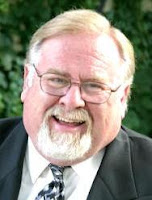 Yesterday, I had the opportunity to chat for nearly an hour with Rich Buhler on his “Talk from the Heart” radio program in Southern California.

Rich has a long history in both media and ministry, and he is often regarded as the “father of modern Christian talk radio.”

Because of that label -- “Christian” -- I felt a bit of trepidation when I was invited to be a guest on his program. After all, in my experience, it has been people who call themselves “Christian” who have been the most inclined to kick me. And I’ve been called “anti-Christian” plenty often enough.

So… sad as it may seem, I tend to reflexively cringe a bit when I hear that word. It’s as though I’m waiting for the punch.

But my cringe reflex was all wrong with Rich. He obviously has a deep well of understanding about sexual abuse and how it affects its victims. There were no easy platitudes and no sermons on forgiveness.

Rich also understands how the typical and very hurtful pattern of response is one of institutional self-protection.

I was clearly preaching to the choir with Rich, but I was so grateful for the opportunity to visit with him on-air and to reach out to his listeners.

Rich used the power of his voice and his media presence to broaden people's awareness of clergy sex abuse and to reach out with a heart of compassion for abuse survivors. For that, I say a profound “thank-you.”

If even half of Southern Baptist leaders had even half of Rich Buhler’s level of understanding and care, then Baptistland would be a very different place.

I’ll pray for that day.

Posted by Christa Brown at 4:18 PM

Can you give us a link to the show? I could not find it.

Sorry Lydia... I don't know of anyplace where his shows are archived.

You'll need to download Silverlink, but if you don't have it, when you click on "listen", you will be guided to downloading and installing it.

Rich and his wife have been dear friends for many years and I can honestly say he's the same person off air that he is on air - authentic, caring, sensitive and has a crazy sense of humor!