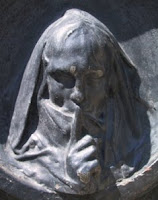 Different people have different meanings for the word “collusion.” It comes from the same Latin root as “ludicrous.” That common root gives a good start for how to think about it.

When people “collude,” they cooperate with something that is absurdly inept, false or foolish.

That’s how I think about collusion. It’s a charade of a pretense that is so phony as to be ludicrous.

Sometimes, people collude to cover-up for prior collusion -- their own or that of others. Collusion feeds on itself.

We see the manifestations of collusion with clergy sex abuse through minimizations, denial, rationalizing, victim-silencing, victim-blaming, and keep-it-quiet tactics.

Collusion can be accomplished both consciously and unconsciously, intentionally and unintentionally. So even if someone says they didn’t intend to collude, their conduct may have still been collusive.

Collusion often occurs behind closed doors. It’s a secretive sort of thing. So most of the time, you aren’t going to see any news articles about it.

But here’s one possible example: 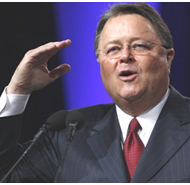 “Abuse is sad. But because of that pesky matter of church autonomy, we can’t remove predatory pastors from the pulpit. Please stop calling and emailing about your suffering. Our hands are tied, but we hear prayer heals all wounds. God bless.”

For more possible examples of conduct that many might say constitutes collusion with Baptist clergy sex abuse, check the links below:

Every one of those people and organizations would probably say they think clergy sex abuse is a terrible thing. But take a look and decide for yourself whether that’s the message their deeds reflect.

What do you think?

Do those constitute examples of Baptist leaders’ collusion with clergy sex abuse?

Posted by Christa Brown at 9:11 AM

“Abuse is sad. But because of that pesky matter of church autonomy, we can’t remove predatory pastors from the pulpit. Please stop calling and emailing about your suffering. Our hands are tied, but we hear prayer heals all wounds. God bless.”

Does this indicate collusion? This verbiage, spoken by the head of the governing body of the largest Protestant denomination in the world not only indicates collusion, but also arrogance, pride, and the willful perpetration of further spiritual abuse upon those who would seek assistance from denominational authorities. To be clear in this matter, the unresponsive and callous attitudes of SBC leaders toward those of us who have suffered abuse at the hands of Baptist pastors is not only morally objectionable, but is also ethically deplorable, spiritually distasteful, and humanly unforgivable. I have believed, and will continue to do so, in the goodness of man, but I have now reached the point, in observing the blatant narcissism in SBC leaders that I must ask, "How can they have Christ in them?"

They exhibit no rational sense of self, no understanding of need, and have shown absolutely no understanding of human relationship whatsoever. These may be the individuals that do to the SBC what Reagan suggested would become of the Soviet Union. It will ultimately be left to the "ash heap of history" and rightfully so.

Hello Texas Pastor: Just to be clear, the summary provided by the Nashville Scene was a parody and not the exact words of Morris Chapman. However, by putting it into a tragi-comic parody, I think the Nashville Scene did a good job of illustrating the ludicrous reality of what you describe -- "the willful perpetration of further spiritual abuse upon those who would seek assistance" and "the unresponsive and callous attitudes of SBC leaders toward those of us who have suffered abuse at the hands of Baptist pastors."

That shirt collar and tie look awfully tight.....must be cutting off the blood to the head.

I know - I saw first hand
These men in this group just made up excuses for why they should not keep a list. They even said how they keep up with this site. Why is keeping up with a victims site more important than keeping up with those who abuse children?
Their lack of action when they had knowledge make them guilty of collusion of the worse kind
They kicked out a church due ot having homosexual in their directory and in thier church, but the SBC can do nothing when it comes to having a minister and pastor who abuses children
Does this make sense
All that can need to let them know it is time to change
Thanks to all who bring the problem to light and help to bring about change and shame to those who do not when they are able to do so
All evil needs is for good to do nothing
Thanks for listening
Debbie V

"They kicked out a church due ot having homosexual in their directory and in thier church, but the SBC can do nothing when it comes to having a minister and pastor who abuses children"

But they are so related check out the following article:

And yet they say....they have a choice? I am getting so tired of these ministers that say that oh it only 3% of the population. What about the 25% of population made up of friends and family that Bob Stith has stated are affected. This means 20% know of the abuse. Ministers need to quit demonizing gays as destroying family values as they are often the product of abusers....those are the one's destroying the family values.

I was not making any kind of comment or connection between homosexuals and these ministers that abuse children
I was just trying to point out that if they can take action against something that does not cause harm against other people, then they should be able to take action against the other which is very harmful and should be dealt with to protect children from these ministers
Sorry if my words are not what I meant to say
Debbie V

Baptists are a hundred times worse than the Catholics. They have a lot more hiding places and a lot more ways to hide. Nobody ever has to take responsibility for anything. At least with the Catholics, it's easy to know who to blame. They're visible. But Baptists are like an underground ant maze, and the king-ants are powerful and poisonous. They carry out their dirty deeds and then move on in the tunnel while the whole mound closes ranks to protect them. They're the dirtiest of the dirty.