He was a Baptist pastor, not a priest

That was the headline in the November 5th Oxford Times.

One big problem: Robert Dando was a Baptist pastor, not a priest.

It’s bad enough that news reports sometimes don’t even mention the fact that a charged or convicted child molester is a Baptist pastor. Now we have a news story whose headline transforms the pastor into a priest.

The text of the story got it right, but of course, a whole lot of people just scan the headlines.

This is a dreadfully disturbing case, and in my view, it warranted a whole lot more media coverage than it got.

After all, consider these facts:
It’s awful to even think about how many kids this Baptist pastor may have wounded. Baptists ought to be making a far-ranging public outreach effort to try to reach those kids and help them. But I haven’t seen anything like that.

Meanwhile, in other news, a Baptist pastor in Missouri is charged with murdering the husband of a woman in his congregation with whom he had been having a sexual relationship. The pastor, David Love, even performed the man’s funeral. 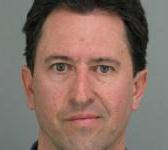 According to the Kansas City Examiner, pastor Love had a longstanding "habit" of instituting sexual encounters with a female congregant. So this raises a question similar to the one raised with Southern Baptist pastor Matt Baker, who was convicted of murder last January: Why didn’t Baptists bust him sooner?

It shouldn’t take a murder for a pastor’s sexual abuse and assault reports to come to light. But tragically, that’s what it took with Baptist pastor Matt Baker.

Now we see yet another Baptist pastor charged with murder. And in the process, we learn that he reportedly had an ugly prior pattern for which no one held him accountable. Again . . . it shouldn’t take a murder charge to bring this stuff to light.
_____________________
Related post: "Baptist World Alliance needs common voice on clergy sex abuse," 8/12/10
Updates:
"British police investigating minister who confessed to abuse in U.S.," ABP, 11/11/10;
"Worcester Park Baptist minister facing UK child sex abuse investigation," The Guardian, 11/11/10.

It shouldn't take a murder - or a sexual abuse victim. Christians, especially ministers, are held to the highest moral standard. The Church isn't perfect, but there is absolutely no excuse for sexual abuse and the cover-up by the church that so often occurs when the predator is exposed. There is no excuse for Baptist churches to not have an accountability system that includes education, hands-on oversight, and outside review of abuse cases. It's shameful that Baptist churches won't take these basic steps to protect their children and families.

How will Baptists ever accept an outside review of abuse cases. If the SBC churches are anything like the IFB churches, their mind doesn't work that way.

They are all about being their own boss and doing their own thing. They are not into submission of any kind that I've ever seen. Authoritarianism is their defining chararteristic.

An example-the Roloff-type homes for wayward kids. If a state tries to regulate them, they move to another state. My understanding is that other denominations gladly get registered with the state.

I guess Baptist pastors think the only person in charge of them is God. Well God's not doing a very good job of stopping Baptist predators.

So who would this outside reviewing group be, and how would churches come to accept this set-up?

You're right, Lynn. Baptist ministers have too much power. Their power, control, and paychecks take priority over genuinely loving and protecting children and families. They talk a good game, but they don't live it out.

It seems that Baptists under this leadership are seduced and blinded by the power of their ministers. They willingly play along by ignoring abuse and cover-ups or refuse to believe any wrongdoing has occurred. To stand up and demand accountability would require great sacrifice, but people in Baptist churches must do it.

If people in the pews don't demand it, I'm not sure how it can happen. As we've seen over and over, the only time action is taken to remove predators is when law enforcement gets involved.

I wish there was legislation requiring Baptist churches to have a system that protects children.

Wendy,
Yes, the people in the pews have to be willing to sacrifice to protect a child.

I think this is why so many people have told me that "Baptists are hopeless." In actual practice, their sense of "we're accountable only to God" usually winds up meaning that they're accountable to no one. And for any who try to speak out about the reality of that, Baptist leaders pull the "it's my religion" card of "local church autonomy." In other words, speaking out about the accountability gap winds up turning you into someone who is attacking their religion... though, in my view, nothing could be further from the truth.

"So who would this outside reviewing group be..."

I hope it would be a panel of people (or multiple panels), at the regional and/or national level, who have training and experience in understanding the dynamics of clergy sex abuse. What's so sad is that this is something other major faith groups are already doing (and more). Baptists are so far behind the curve on this that they could easily adapt the beginning steps of what other faith groups are already doing... but they don't yet have the will, or the leadership, to do it.

I still believe that there will come a day -- a tipping point -- when people in the pews will open their eyes to how Baptist leadership have failed them so utterly. It may still be 20 years down-the-road, but someday, people will look back and wonder why it took Southern Baptists so much longer than other faith groups to implement even bare-bones sorts of safeguards for protecting kids and for minimizing the likelihood of church-hopping predators who move under cover of ministerial trust.

Wendy speaks of "power" and so let me just share something I read recently that I thought was pretty interesting. A theologian and religious scholar named Larry Graham was writing about "unaccountable and intractable power arrangements." He explained that such arrangements exist "when a person or group disowns responsibility" as an agent of power "while simultaneously refusing to relinquish their current power position." This is the sort of malleabile power that is afforded to Baptist denominational officials by their doctrine of "local church autonomy." It allows them to disown responsibility with respect to some issues (e.g., refusing to intervene in matters related to clergy sex abuse) while simultaneously retaining power with respect to other issues (e.g., enforcing the doctrine that women can't be senior pastors). Graham explained that this sort of power "usually operates covertly rather than openly, and is not subject to modification through reciprocal exchange of influence ... The patterns are set and are often sanctioned by those in the more dominant position by an appeal to 'the natural order,' 'God's will,'.... "

I think Graham's words provide some insight into the sort of power dynamics that we see within the Southern Baptist Convention.

Christa, it is so interesting that you mention these "unaccountable and intractable power arrangements". In recent days, I've been discussing this exact issue with SBC friends and former SBC friends.

In the SBC church we used to attend, they currently are facing a situation in which a church leader has been sexually abusive toward an underage girl and are taking elaborate measures to cover it up, while simultaneously refusing to allow my friend to teach a couples Sunday School class, because she is a woman. She has filled in for the male teacher on numerous occasions, and he has recently left the church. The class would like for her to become the permanent replacement, but the pastor and deacons won't allow it, because it's "unbiblical".

Can you please explain the thinking on this? Why allow a church leader to sexually abuse a child and remain in the church, pretend it didn't happen, and put more children and families at risk - but refuse to allow a woman to teach or preach on the grounds that it is "unbiblical"?

How many verses are there in the Bible about children? If there are some good ones that would encourage protecting and valueing children, then have that as a campaign somehow.

Baptists worry about gays, abortion, women pastors, tithing, correct doctrine, etc. If Baptists want to stand up for something-why not make children their cause?