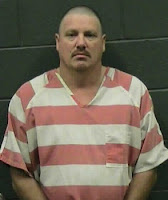 In Georgia, a former Southern Baptist minister pled guilty to molesting a 13-year-old girl. As reported yesterday in the Athens Banner-Herald, Norman Anthony Pugh was sentenced to 13 years in prison with another 7 years on probation.

In 2005, Pugh was arrested on similar charges when he was working as a youth minister at Georgia's Arnoldsville Baptist Church, which is affiliated with the Southern Baptist Convention. At that time, he was charged with molesting a 14-year-old church girl.

Church members rallied around Pugh after that 2005 arrest. His bond was posted by the wife of the senior pastor, Nathan Palmer. (Do you think they used offering plate dollars to post Pugh’s bond?)

The case went to trial, and Pugh was acquitted in November 2006. Church members lined up in the courtroom to hug him.

How do you imagine that 14-year-old felt when she saw her whole church publicly supporting the minister?

And if any other kids were molested, how do you imagine they felt? Almost certainly, they would have squelched any possible thought of speaking up when they saw how the church rallied around the minister.

And it surely didn’t help the prosecutors any for the church to rally around the minister.

It is often very difficult for child molestation victims to have to testify in court. That’s just one of the reasons why so many of these kinds of cases are resolved with a plea bargain – prosecutors seek to spare the victim the additional trauma of testifying. But often, the way a prosecutor gains the negotiating leverage needed for a plea bargain is with evidence of other victims who speak up after the first one. But by publicly rallying around its minister after his 2005 arrest, Arnoldsville Baptist Church helped to assure that there likely wouldn’t be any others who would speak up.

So Norman Anthony Pugh went free. At that time, prosecutors were unable to prove his guilt by the strict “beyond a reasonable doubt” standard of the criminal law.

Now, four years later, Pugh has been convicted of molesting a 13-year-old. He was no longer working at the church.

Do you think the people of Arnoldsville Baptist feel even a shred of remorse? Do they give any thought to how their own conduct may have helped to allow Pugh to go free and may have thereby enabled him to molest that 13-year-old in 2009 . . . and no telling how many others? Do you think they’ll seek out that church kid who reported Pugh back in 2005 and offer to pay for her counseling?

Do they even give a hoot? And if they do, what will they now do about it?

On a related note, I received an email just nine days ago, on November 22, from a guy who signed off as “William J. Tarbush,” and whose email address was for “Jeremy Tarbush.” He told me it was “deplorable” that I had posted Norman Pugh’s name with a link to the news article about Pugh's 2009 arrest.

Tarbush ranted a bit and made this complaint: “Norman Pugh is not even on the list of sex offenders in the State of Georgia for sex crimes.”

Ordinarily, I would ignore an email like the one from William J. (Jeremy) Tarbush. But since his timing was so poor – just 8 days before Pugh’s guilty plea -- I'm going to respond a bit.

Tarbush closed his email with “In His Service.” I don’t think so. That’s just Tarbush’s own no-thought-required religious rationalization for his rant. Heck . . . I once saw a letter in which a prominent Southern Baptist official was threatening to sue a blogger, and he signed the bullying letter “In His Name.” It would be comical if it weren’t so pompously pathetic.

And as for what’s “deplorable?” It’s churches like Arnoldsville Baptist when they turn their backs on kids who report clergy sex abuse. It’s Southern Baptist officials when they choose to do nothing at all about ministers who are reported for clergy sex abuse. It’s the Southern Baptist Convention when it persistently refuses to institute the bare-basic safeguard that other major faith groups have of allowing outside review for clergy abuse reports and when it refuses to even keep records on credibly accused clergy sex abusers.

All of that is what’s “deplorable” … along with the fact that the news reports of Baptist clergy abuse and cover-ups keep growing, and the denomination keeps doing nothing.

Wonder if Tarbush will send you another email to apologize for his woeful lack of discernment regarding Mr. Pugh? Wonder if the "good Baptist folks" at Arnoldsville Baptist Church will apologize to the girl they emotionally raped by their misguided support of Pugh? Will they contact the latest victim (the one for whom he has been brought to justice) and confess that they were accomplices in that sexual assault? That would be the "Christian" thing to do. Scripture teaches that God does not regard their sin lightly (Matthew 18:6). I hope the victims can find some comfort in that.

The things Christa wrote in this post are EXACTLY the things that went through my mind, as I read the articles on Pugh's acquittal in 2006. How despicable for the senior pastor's wife to post his bail and for church members to line up in the courtroom to support him! It's hard for me to fathom what the 14-year old girl and other possible victims must have been feeling.

Jim is right - the church members' actions toward her were emotional rape. I would also add the word spiritual rape. They raped her emotionally and spiritually, and she is undoubtedly still suffering and paying the price for what they did to her. Ultimately, they're also responsible for the latest victim and probably others Pugh has sexually assaulted during the last four years.

Do the people of Arnoldsville Baptist Church feel even a shred a remorse? I seriously doubt it. They're probably planning Christmas parties and their annual Christmas play. They may be giving to the local homeless shelter or taking toys to disadvantaged children. All of this excitement and "doing" eases their conscience. As long as "the church stands" (something that has been quoted to me personally) and they can go about church business, they could care less.

Obviously, they don't REALLY care about the children there or anywhere. They care about how they come across. If they really cared, they wouldn't have lined up in the courtroom for Pugh. They would have lined up for the VICTIM and insisted on justice for "the least of these".

Thank you for continuing to publicize this extraordinary problem of repeated abuses of trust with these pedophiles and predators. I recently finished "This Little Light" and was appalled not only by the rape that you suffered as an impressionable teenager but also by the repeated stonewalling and denial throughout the Baptist leadership. Sadly it seems that whether it is the crime of child abuse or the misguided idea of creationism, people can defend not only ridiculous notions but also truly sinister activities by invoking religious exceptionalism, and treating unbelievers and others "outside of the flock" as worthless and irrelevant because they aren't claiming to be "in his service".

"...the repeated stonewalling and denial throughout the Baptist leadership."

Frank, Thanks for reading my book, and I'm glad you clearly saw this aspect of the story. I've talked with many Baptist abuse survivors who state their belief that what Baptist leaders inflicted on them when they tried to report abuse caused as much damage as the abuse itself.

If you get a chance, I hope you'll consider posting a short review of my book on Amazon (or on Barnes & Noble). Just a few sentences would be great. I know that a lot of people read those reviews. Here's the Amazon link where you can "create a review." Thanks!

@Jim : I live in AZ, which hardly makes me a person "at Arnoldsville Baptist". I will not be "apoliz[ing] for my lack of dicernment." When someone is acquitted, you cannot count that trial as part of his guilty verdict, as SBP and this blog is doing. It is up to God to judge (and Mr. Pugh to know) whether he committed that crime that day. Not a website that has a guilty until proven innocent tactic to those formerly in clergy or currently in clergy. IHS, WJT