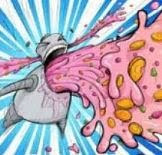 “I happen to be a family member of one of the higher ups in this church.”

That’s how the comment began, and it deteriorated from there.

The church this “family member of one of the higher ups” is talking about is Eden Westside Baptist Church in Pell City, Alabama. It’s a church affiliated with the Southern Baptist Convention.

What set-off this “family member of one of the higher ups” was this prior post I did about one of Eden Westside’s ministers who pled guilty to sexual abuse of a 14-year-old.

I’m always a bit amazed when people think they can come onto my own blog, call me ugly names, and flat-out libel me.

On my own blog.

And frequently, they spit their venom anonymously, as this “family member of one of the higher ups” did. Such courage!

So, since I can’t tell whether this person is male or female, I’ll just call him or her “Billie.”

Here’s the thing, “Billie.” You can’t use my own blog as a forum for libeling me and calling me names. If you want to do that sort of thing, you can surely find some Baptist blog on which to do it, and with your style of trash-talk, you’ll fit right in on some of them. But you can’t expect to call me names and say untrue things about me right here on my own blog. Got it?

Some of you other bile-spewers should take a lesson on this as well. I won’t let you use my blog as a spittoon for your venom. Besides, you really need to be more civilized.

I’ve been getting a lot of this ugly stuff lately, and some of it far worse than “Billie’s.” Mostly, I just delete it. But it really makes me wonder about a lot of Southern Baptists. Rather than letting their faith inspire them toward their best selves, some Southern Baptists seem to use their faith as an excuse for bringing forth their worst selves.

And those “worst selves” sure aren’t very pretty.

The bit of substance in “Billie’s” rant was his statement that the church deserves no blame because “the man had no record and no one could have known he was a creep.”

This is where I almost feel compassion for “Billie.” People like “Billie” have been so misled by Southern Baptist leaders that they actually believe that, if a guy doesn’t have a criminal record, then he’s automatically safe to be in a position of high trust as a minister.

Like “Billie,” most Southern Baptists seem to find it easier, and more psychologically comfortable, to imagine that each and every story (and there are now hundreds of them) is nothing more than the story of an isolated “creep.” That way, they can distance themselves from the “creep” and they don’t have to take a hard look at themselves. That way, they don’t have to bother with considering how their own institutionalized denominational do-nothingness contributes to the problem.

But as Rev. Timothy Bonney said: “Anytime an SBC minister commits abuse, the denomination carries some level of blame for not creating a system to deal with abuse.”

Baptists can’t just wipe that responsibility away by saying “the man had no record.”

Note to all: For the indefinite future, I plan to moderate all comments on this blog. Clergy abuse survivors are my primary intended audience, and several have written to me privately, saying they feel they can no longer read my blog because some of the comments have been so upsetting for them. Though I have always deleted the worst of comments, in hindsight, I wish I had deleted a great many more.

Survivors: You are, and always have been, right in your determination to protect yourselves against the meanness of what some of these know-nothings dish out. So . . . in the future, be assured that the pseudo-religious bile-spewers, venom-spitters, and pontificators of unfiltered ignorance will get no forum on this blog, not even for one second. It's bad enough that Southern Baptists have no system for extending any help to clergy abuse survivors, and I will NOT allow them to inflict even more wounds with their comments on this blog.

I hope this may mean that more survivors will eventually feel more able to participate. But whether you ever leave a comment, or merely lurk and read quietly, I want this blog to be a safe place.
___________________

The reason people spew hate, and lies, about you and those trying to acknowledge the evil within the pews, is that they are fearful of the unwanted attention they are receiving from you and people like you. For when you expose "them," and those who support "them," they surely chance losing whatever benefit they have grown accustomed to.

It is always easier to attack the messenger than to listen, research, and understand the message for what it is. It is also preferable, for many, to protect the guilty rather than defend the innocent.

You are making progress and I expect you will see more hate directed your way as you make more progress at chipping away at the Baptist monster machine.

Just know, when more hate comes your way, you have me and MANY others who stand beside you (not behind you propping you up) in this cause. I am available to help whenever and wherever I can.

Thank you Christa for standing up to the scum out there. You will always be my hero.

I guess if we were not being effective, if we were not raising awareness and helping people come to terms with what happened all those years ago, these maniacs would not be coming after us.

No one can change your truth, no one can excuse the criminal act and the organization that supported the criminal.

I wear their slurs proudly. So should you.

Yeah, the whole checking for criminal records is pretty worthless actually. Imagine the number of criminals of all kinds of crimes that have never gotten caught, or if caught, people wouldn't testify against them, or there was not enough evidence, etc. All kinds of reasons people get away with all kinds of evil.

Like with getting on a sexual predator list-you probably have to try really hard for a long time to achieve that.

So when people like you make evil more visible, the evildoers and their supporters basically say, "How dare you tell the world what we're up to!"

Christa, you are an incredible force for good. Thanks for all you do. It is almost amusing to think Billie might actually believe you could be intimidated by ugly words. If "Billie" and others like him/her would direct their venom and bile toward SBC leadership they could become part of the solution, rather than continuing to be part of the problem.

I think your courage is awesome! I came out of a cult type religion (Mormonism) where sexual abuse was ignored until it began to cost them money and public relations points.

Still they would rather it just go away than have to deal with it.

It's so very sad and destructive that fundamentalist type religions will do and say almost anything to silence critics even when the critics are telling the truth. You keep on speaking out! You have alot of support out there!!!

Wow....what a blessing, to find an honest truth-teller to talk to and read. What a blessing! Blessings to you too! And all Whistle-Blowers. I'm gonna hang with you by following you. Have a great day!

It has long been my contention that "Good people are good in spite of their religion whilst evil people use their religion to justify their wickedness". That may be too negative with regard to religion but I've seen so much venom from the so-called religious in my 72 yrs. that despite my love for some folks that cling to their religion I maintain my thinking that that is a true statement.