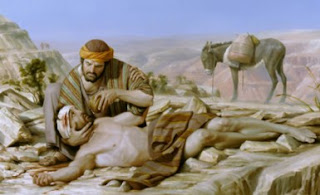 Let’s just assume that other major faith groups, who have seen the need for record-keeping on “credibly accused” clergy, are all wrong, and that Southern Baptist leaders are right in believing this wouldn’t help with preventing abuse in the future.

Would that be the end of the matter?

What about the people who have already been wounded? How should they be treated?

What is the moral and Christian response that religious leaders should make to individuals who report having been sexually abused as kids by Southern Baptist clergy?

These are people who often bear grievous psychological and spiritual wounds. As kids, they were stripped of humanity and dignity by men they were raised to trust unconditionally. They were violated in unspeakable ways by men of God, with words of God, and often in the house of God.

The trauma from this sort of abuse is so devastating that many victims never speak of it at all, and those who do, often wait many, many years.

When clergy abuse victims are finally able to report their perpetrators, is it enough for religious leaders to shrug off their reports by telling them “all churches are autonomous”?

Is it moral for religious leaders to simply ignore such wounded people even while knowing that accused perpetrators remain in their pulpits?

Is it Christian for religious leaders to sermonize such wounded people on forgiveness while doing nothing to help them?

Through no fault of their own, clergy abuse victims are stripped of everything dear and then left wounded, naked, and bleeding in the dirt of a spiritual desert. Years later, when they have finally crawled to the edge of the desert road, they will sometimes still muster a breath of hope to reach out to the faith community from which they came and seek help. Tragically, for Southern Baptist victims, their experience usually winds up being similar to that of the wounded traveler in Luke 10.

Southern Baptist leaders look down from their high donkeys and pass right on by. The wounds of clergy abuse victims are too ugly, and so they avert their eyes. If Southern Baptist leaders allowed themselves to actually see those grievous wounds, they would have to face truths that do not flatter them, and this is something they apparently lack the intestinal fortitude to do.

So Southern Baptist abuse victims experience the reality of the good Samaritan parable. We thought religious leaders would surely help us, but they wind up being the people who almost never do. Instead, they run their donkeys right past us and sometimes right over us. They leave us bleeding in the dirt, and do nothing to bind our wounds.

If help arrives, it almost invariably comes from unexpected people.

Southern Baptist leaders are so focused on the letter of their religious law of church autonomy that they neglect the spiritual components of compassion and care.

Yet Jesus Himself rejected the letter of the religious law of his day and called people to a life of the spirit. He called people to the sort of life exemplified by the action of the good Samaritan -- a life of compassion put into deeds.

Though the good Samaritan owed no obligation to the wounded stranger in the desert, he still got down off that donkey and did something. He went to the wounded person. He heard his moans and saw the wounds up close. He bound those wounds and he cared for the person.

It’s time for Southern Baptist leaders to get down off their donkeys and grapple with the question of how to make a Christian response to people who have been sexually abused by Southern Baptist clergy.

At a minimum, shouldn’t there be some place within the faith community where the cries of the wounded can at least be heard?

Jesus would point Southern Baptist leaders to the story of the good Samaritan and tell them, “Go and do likewise.”

Your words ring with a true Christian theme. So many church leaders become intoxicicated in their power and positions. They forget that Jesus was hung from a cross by zealous religious leaders with the aid of the secular authorities. Sound familiar?