It's a Baptist issue 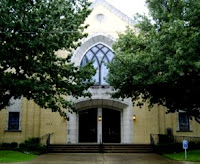 Last week, Linda wrote to tell me that my work to educate people about sexual abuse was “at the expense of integrity.”

She said: “I was deeply disappointed to see your notice about Salvador Mata and linking him as a Baptist when his abuse occurred in a public school and not a church.”

Huh? Salavador Mata? It was a name that triggered not even the tiniest glint of a memory.

Of course, by now, I’ve posted on the StopBaptistPredators website literally hundreds of Baptist-related abuse articles, and I guess I’m past the point of remembering all the names. It’s sad because, for each of those articles, there are kids and congregants who were deeply wounded. Their stories bear witness to the extent of this problem, and their stories should be remembered.

But I couldn’t remember.

Then Linda bragged about how the reason the abuse occurred in a public school and not at the church was because the church has “strong policies.”

“I didn't see any of that posted on your site,” she ranted. “It's like a half-truth to feed a cause, losing sight of honesty in the process.”

By now, I’m wondering exactly what was on the website that so offended this woman. So I searched the site.

The only thing I found was this reference on the News 2008 page:

That was all there was -- a link to a 2008 Dallas Morning News article with a short parenthetical. Yet this woman was off and running with her rant because she was offended by the mere sight of her church’s name on the site and because she wants me to also post information about how good her church is for having “policies.”

But of course, a whole lot of churches with “policies” have also been churches with predators. Heck, I’m told that my own perpetrator sat on the policy-making committee at the prominent First Baptist of Oviedo. He helped write the policies. But of course, that was just part of his mask.

I worry that policies like the ones Linda is bragging about -- policies like always having 2 adults in the room -- sometimes do little more than give church people a feel-good sense of complacency.

Predatory people think in predatory ways. To imagine that they will be stopped by “policies” is dangerously naïve. That doesn’t mean policies are pointless, but it means they aren’t nearly enough. Without any denominational system for actually listening to people who try to tell about abuse, these sorts of “policies” amount to little more than window-dressing . . . and the windows are still wide-open.

Maybe it will be 20 years later when that kid will try to tell about what happened. That’s the more typical scenario -- abused kids talk about it years later in adulthood. But who in the church or denomination will listen to her then?

The investigation of Salvador Mata began with a single complaint when the relatives of a 9-year-old school girl called the police. According to the last account I saw, Mata ultimately stood accused of sexually assaulting 4 kids. But police were very clear in stating that they had “information that leads us to believe there are additional victims.” Mata was not only a school teacher but also a Sunday School teacher at First Baptist of Terrell.

But Linda still insists: “Salvador Mata was not a Baptist issue.”

Her “not a Baptist issue” insistence reminds me of how some religious leaders minimize the reports of ministers who abuse their own kids. When the kids grow up and try to report it, they get told it’s “a family matter” -- not a church issue.

But of course, the kids are still just as abused.

In the process of considering Linda's email, I found still another article on the Salvador Mata case, and this one contained a statement by the pastor of First Baptist of Terrell.

“It knocks you back,” said pastor John Lowrie. “But what an incredible opportunity for God to prove himself.”

Sunday School teacher Salvador Mata stood accused of sexually assaulting four young girls. They were third-graders. With medical exams that were publicly reported, two of the kids showed signs of sexual penetration, and a third showed signs that penetration had been attempted. Police were talking about “additional victims.”

Personally, I don’t think God needs facts like these in order to “prove himself.” And God doesn’t need Baptist pastors like John Lowrie to proclaim that facts like these provide Him “an incredible opportunity.”

First Baptist Church of Terrell, Texas, is affiliated with the Baptist General Convention of Texas and the Southern Baptist Convention.

Outstanding! No matter how hard Southern Baptists try to obfuscate, deflect and ignore reality, you always drive a stake into the heart of their perverse arguements. I suppose your critic would not have had a moments pause if the church treasurer had been arrested and charged with embezelment at his/her business. She would have been ok with him/her continuing to be the treasurer and would not have seen the need for a special audit of the church financial records? That's the conclusion to which her logic leads. It is silly and dangerous.

This was well written. Keep it up sister!! It is so encouraging to know there are people like you in this world taking a stand for what is right.

I would not want to be that pastor, Lowrie, on J-Day.

Amazing his pew sitters did not revolt when he said that. But then, they probably only learn the Word for him. And we know he is ignorant.

God does not need such opportunities to "prove Himself'. Such Blasphemy!

Linda is infused with 'churchianity'. She idolizes a building. She is offended that the church is mentioned because the sexual pervert teaches Sunday School there. But he only molested kids at school.

How does she know...for sure?

She wants to protect the reputation of her "church". So she wants to IGNORE that the molester taught Sunday School there.

We see what her priorities are.

From what I've seen, I believe there is virtually nothing that some Baptist religious leaders won't do - and rationalize - "in the name of God." And that whole "forgiveness" thing? It's about the most twisted thing of all . . . so twisted that one abuse survivor described "forgiveness" as "the f-word for the evangelical community."

I think you are right Christa, policies can and do provide a false sense of security for people. It is not what a person or organization says that matters, it is what they do or don't do they truly matters and shows the truth.