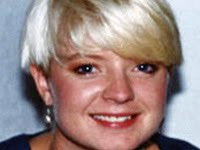 She was a vivacious 31-year-old mother and a school teacher. Her life was taken by her preacher-husband, and he nearly got away with it. Thank God for the perseverance of Kari Baker’s mother, investigators, prosecutors, and others who sought justice for Kari.

According to testimony at trial, Matt Baker drugged his wife and smothered her with a pillow until she died.

The investigation also brought to light evidence that Matt Baker had spent years leading “a secret life as a sexual predator.” Prosecutors said that he had made advances and assaults on at least 13 young women, including 4 minors. Yet, despite multiple reports of sexual abuse and sexual assault, Matt Baker was always able to continue his career through churches, schools, and organizations affiliated with the Baptist General Convention of Texas.

No one stopped him. No one removed him from ministry. No one held him accountable.

Some experts say that sexual predators can become emboldened by a lack of consequences.

Kari and I were seminary wives at the same time. Our husbands served pulpit supply in the same churches. My husband is an honorable man, hers was not. It haunts me, the similarities of our lives, same ages of our children... She didn't do anything wrong. She married a Godly man, so she thought, just as I did. I knew Matt growing up and at seminary.

I guess I'm writing to say thank you for what you're doing. These issues should be brought to light. Kari might be with us had Matt been stopped long ago.

I can't shake the blackness of this whole ordeal and I grieve for all the family left to deal with Kari's death. But reading what you're doing, seeing positive come out of the dark, is uplifting. So...thank you.

"Kari might be with us had Matt been stopped long ago."

Exactly!
There were plenty of people who could have stopped him and plenty of opportunities . . . and yet no one in Baptistland did diddly-squat. It's a huge institutional failure. Baptist leaders need to open their eyes and see that failure, so that they can try to make sure it doesn't happen again. But tragically, I expect they'll just wash their hands of it.

Why should they care? She is only a woman and we all know what they think of women.

Now, men are worth saving and even promoting