When Faith Is Used as a Weapon 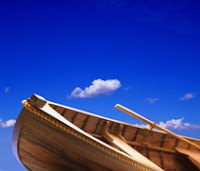 Of all the pages on the StopBaptistPredators website, this one has prompted by far the most comments. It’s nothing more than the response I sent to a woman who wrote that God would heal and restore me if only I would put my faith and trust in Him. Yet, since I posted it on the website, many people have written to tell me how much this page meant to them.

Without exception, everyone who wrote said that it put into words something they themselves felt but hadn’t yet been able to communicate … and something they wanted others to understand.

When I read your email, my hands shook so much that I spilled my coffee. My chest began to pound. I started being short of breath. I felt literally sick. I had to get up and take a walk with headphones to try to shift my brain into a different mode. That's what talk of God's love can do to me. It's a physiological response.

I do not believe you intended to inflict any hurt on me, and to the contrary, I expect that you intended to offer some comfort and hope. But, from my perspective, it is as though your email brandished in front of me the very weapon that was used against me. It is as though you are telling me that I should pick up that very same sword that was once used to eviscerate me and should fall on it all over again. I can’t do that.

My love of God, my faith, my own extraordinary desire to live the will of God... those are the very parts of me that were transformed into weapons that savaged and destroyed me. As a result, that part of my brain, that part of me that was once able to turn to God, to surrender to God, to pour my heart out to God, to put things in God’s hands, to believe that God would take care of me. . . all of that part of my brain is inaccessible. It is electrically charged and it is the land of the predator. . . it is a ravaged land that is there within my own head.

I think it is somewhat analogous to a person who has a stroke. The person's brain tissue is damaged by the physical trauma of oxygen deprivation, and because of that trauma, a part of their brain doesn't get the connections right anymore. It is as though it is short-circuited out and (depending on what part of the brain is affected) the result may be that they can't form words anymore even though their thought-making process is still intact. My brain has also been damaged by trauma, although it was a severe psychological trauma rather than a physical brain injury.

Sometimes, with rehab work, people who have had strokes can learn to attach words to thoughts again, but they do so consciously and with great effort. In effect, they work at rewiring their brains around the place of trauma. In some ways, I think I am engaged in an analogous process. . . . The extent to which I may or may not be able to do so remains to be seen. . . .

Another possibly useful analogy is to think about a victim of torture whose torturer always played Beethoven while he beat and brutalized the victim. Years later, that victim of torture is unlikely to much appreciate the music of Beethoven, and he may feel great anxiety when he hears the music even if he is merely at a shopping mall. And perhaps he won't even realize why he is becoming so short of breath or why he is feeling the need to leave the mall immediately. The music is just background noise. But on some level his brain is still processing it as something that is linked to degradation, pain and fear.

Please don’t think that I’m in any way critical of your faith. I’m just trying to explain to you why that sort of talk.... talk similar to the sort of talk that I grew up with... is so difficult for me to hear. It’s part of why I have such trouble understanding why church and denominational leaders are so resistant to helping clergy abuse victims. The impact of it is a profound damage to the part of the brain where faith resides. . . .

For most people of faith, it is their faith that they can use as a resource to help them weather life’s difficulties and griefs. But for me, because my faith was used as a weapon, it is very difficult if not impossible to try to use it as a resource. Faith is linked to a nightmare. . . .

All of this does not mean that I am utterly without a belief in God. I’m not. But it’s a very tricky thing for me. I thank God every day for the simple fact that I was too inept to kill myself off in my younger years. My daily life, however simple and mundane it may be, is not something I take for granted. I am not at all oblivious to the goodness in the life that is still mine.
______________________________

Wherever you are in your journey, may you find within yourself a place of peace.