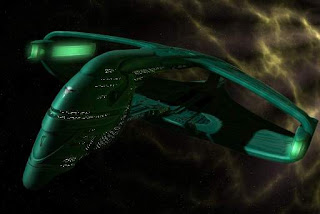 The church of scandal-enmeshed pastor Eddie Long is called New Birth Missionary Baptist Church. So it clearly carries the "Baptist" name.
Of course, there are lots of different kinds of "Baptist" churches, including independent Baptist churches. Long's church is an independent church. But it still carries the "Baptist" name as do many other independent Baptist churches around the country.
Because Long's church carries the "Baptist" name, some Baptist leaders seem to want to distance themselves. They point out that he's not a "typical" Baptist. Maybe not, but his 25,000 member megachurch is called a "Baptist" church, and until the scandal came along, I didn't hear other Baptists complaining about it.
That's how it is in Baptistland. Almost anyone can be a "Baptist" minister. All he needs is a good preaching voice and the ability to persuade a handful of others that he's been "called by God." There are no entry hurdles into the profession. There is no set credentialing process and not even the requirement of a seminary degree.
Al Mohler, president of Southern Baptist Theological Seminary, provided an example of how some Southern Baptists are now trying to distance themselves from Eddie Long's kind of "Baptist." On Mohler's blog, he wrote about the Long scandal and said this:
"Many of these independent mega-church pastors are defacto dictators, totally without accountability structures. The congregations lack the discipline of a denomination and the pastor or leaders often lack any accountability at all."
Do you see what Mohler is saying? He's suggesting that, because Southern Baptists have "the discipline of a denomination," their churches are less likely to have the sort of scandal that Eddie Long's church has.
But exactly what "discipline" is Mohler talking about?
What denominational disciplinary process does the Southern Baptist Convention have for dealing with allegations of clergy sex abuse?
If you're a Baptist clergy abuse survivor, you know that the Southern Baptist Convention doesn't have any denominational disciplinary process at all for its clergy. The denominational structure is disclaimed for purposes of any clergy discipline or accountability.
Not only do Southern Baptist officials disclaim any possibility of the sort of denominational discipline processes that other major faith groups now have for "defrocking" clergy, but Southern Baptist officials reject even the possibility of providing churches with the resource of a trained review board for assessing clergy abuse reports and for relaying information to congregants. Even this less intrusive form of clergy accountability is too much for the Southern Baptist Convention. In essence, the denomination won't do diddly-squat.
In fact, if you're a Baptist clergy abuse survivor and you tried to report your perpetrator to Southern Baptist officials in Nashville, you may have heard this standard line: "The SBC really only exists for 3 days a year."
That line always makes me smile. I find myself imagining a sci-fi scenario in which the SBC's huge block-long building complex is visible on its Nashville site for only 3 days a year, and the rest of the year, it disappears.
Like some Romulan spaceship, the Southern Baptist Convention cloaks and uncloaks its denominational status as it suits them. Now you see the denomination -- and now you don't. (The photo is an uncloaked Romulan spaceship from the Star Trek series.)
You see the denomination when someone like Al Mohler wants to distance Southern Baptists from Eddie Long's kind of "Baptist."
But you don't see the denomination if you're a person trying to report the sexual abuse of a Southern Baptist minister. Then, it's all up to the local church, and it's as though the denomination doesn't even exist.
"All Baptist churches are autonomous." That's the other line you'll hear. It's the denomination's cloaking device.
From the megas to the storefronts, from the independents to those that are part of the largest Protestant denomination in the land, most Baptist churches fail miserably at effectively addressing clergy sex abuse. In large part, it is because they have allowed their autonomous polity to be distorted into a false wall for avoiding outside scrutiny -- even scrutiny that is merely outside the accused pastor's circle of influence but still within his denomination. (Note: The "American Baptist Churches-USA" present a rare and small exception on this in Baptistland.)
Jeri Massi has written extensively on abuse and cover-ups in independent Baptist churches, and long ago, Jeri saw right through the SBC's denominational double-talk. (Jeri Massi is the author of Schizophrenic Christianity.) When it comes to clergy sex abuse, the difference in how churches in the SBC handle it and how independent Baptist churches handle it is typically slim to none.
In clergy abuse situations, the Southern Baptist Convention's denominational structure becomes like a Romulan spaceship. It cloaks itself in "local church autonomy" and simply disappears.
_________________

Posted by Christa Brown at 4:31 PM

The issue is the desire for homosexuals to make their lifestyle acceptable in the black church.

Eddie Long we are praying for you and thank you for your courage stand.
Thanks for being a man of God.

Bingo - your the reason many are now turning to blogs like this one and others - to get the real TRUTHS.

Please go back to your Baptist Sandpile...they miss you.

As a great friend of mine says;

"The Internet, the Great Equalizer"

What the hell were the people of Rosenvick Missionary Baptist thinking??!

Such unlovely words from someone writing in from Nashville, TN. So I deleted them. Sorry, "Robert," you don't get to spew any more of that kind of venom here on this blog.

Was Robert wanting to be ugly to me?

Back to your Baptist Sandpile again please...

Right MOhler. See, HE wants to be the discipliner for the SBC. He sees himself in that role.

But he did not do such a great job with his boy, Ezell, did he over the Highview member and volunteer who had molested years ago. Ezell wanted to sweep it under the rug and refused to tell his congregation.

How strange. Mohler is in big with a certain non SBC mega church in Louisville that has NO denominational accountability. Does not seem to bother him at all.

Mohler is a politician and VERY ambitious. And a tyrant at work. When people understand that, he makes more sense. Everyone around him is scared of him. He is very devious.