Eddie Long: The Real Scandal Is Even Bigger 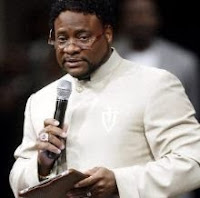 The case of Baptist pastor Eddie Long isn't about gay sex; it's not about black churches; and it's not about megachurches. The case is about allegations of clergy sex abuse and the systemic lack of accountability for Baptist clergy.

As most of the country knows by now, four young men filed lawsuits last week in which they accused Baptist pastor Eddie Long of having repeatedly coerced them into sexual acts when they were 17 and 18 years old.

The four young men belonged to the church when they were teens. The lawsuits assert that Long hand-picked the boys for spiritual mentoring and referred to them as his "spiritual sons." According to court documents... the boys went through a bonding ritual, called a "covenant ceremony," in which Long quoted Bible verses "to discuss and justify the intimate relationship between himself" and the teen boys.

Because Long has preached in opposition to gay rights, many seem to view the case as being about hypocrisy and homosexuality. But this view misses the mark.

Read the rest of my column in Religion Dispatches Magazine.

See also: 1) "Words still unspoken by Independent Baptist Eddie Long", on Baptist Planet, 10/1/10; 2) "Another sex scandal dominates Godbeat," on GetReligion, 9/27/10 (and note that GetReligion identifies Long as a Baptist . . . i.e.,"being that he is a Baptist"); and 3) "How do you get to be a Baptist bishop?" on Slate, 9/29/10 (discussing Eddie Long's church as a type of "Baptist" church and recognizing that some "Baptist" churches do indeed have "bishops," with Baptist historians Doug Weaver of Baylor U. and Bill Leonard of Wake Forest U. named as sources for the information).

Posted by Christa Brown at 8:24 AM

And I just got your book! I had to request it through inter-library loan and wait awhile, but it's here, and I'm starting it today.

Thanks for reading my book, Lynn! I hope you'll think about posting a short review of it (just a few sentences even) on Amazon.

On other blogs, I've seen quite a few Southern Baptists squirming over the fact that this guy is a "Baptist." Some seem to want to argue that he's not really a "Baptist" even though his 25,000 member church is called a "Baptist" church. But of course, that's exactly my point . . . From the megas to the storefronts, from the independents to those that are part of the largest denomination in the land, almost ALL Baptist groups are failing miserably at effectively addressing clergy sex abuse. (On a more humerous note, I also think it's kinda funny to realize that, before this news hit the fan, some of the same guys who are now trying to say that Long wasn't really "Baptist" were probably proud of the fact that his "successful" 25,000 member church carried the "Baptist" name.)

I personally called the Georgia Baptist Convention and spoke with a representative about this situation and he stated to me " Thank God he is not a Part of the G B C" and laughed.

I asked him why he laughed and he stated that "the GBC does not have those types" in this convention...

I turned around then and asked him about "all the other issues concerning the G B C " such as;

Also here is a interview with one of the men who filed the lawsuit
against Eddie Long and others;

Make sure you read the columns too....look and listen for quotes
such as these;

From the molested young man who filed the lawsuit against Eddie Long;

“But that man can not look me in my eye and tell me we did not live this pain,” Parris said. “Why you can sit in front of the church and tell them that you categorically deny it. You can’t say that to our face. And you know this. You are not a man, you are a monster.”

The Georgia Baptist Convention does indeed have "those types." For a GBC representative to imagine that they don't is a dangerous sort of denial and pretend. Heck . . . my own perpetrator spent years working in children's ministry at the First Baptist Church of Atlanta . . . and all the while, there were ministers in Texas who knew what he did to me as a kid . . . they simply let him move on.