Baptist pointers for the Pope 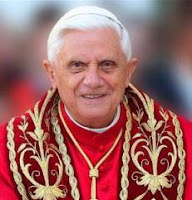 On March 25th, the Vatican issued a statement, defending its failure to conduct an ecclesiastical trial to defrock a Wisconsin priest who sexually abused kids. In responding to a New York Times article, Vatican spokesman, Father Federico Lombardi, pointed out “that civil authorities had dropped their investigation without filing charges.”

Lombardi’s comment reminded me of what a Southern Baptist spokesman said. In defending the failure of the Southern Baptist Convention to provide any sort of review process for clergy abuse reports, Augie Boto said this: “The proper investigatory panel for Baptists should be law enforcement officials.” (Baptist Press, 2/22/07)

Almost no one even blinked when Augie Boto said it. People just accept that this is how it is in Baptistland: If law enforcement doesn’t throw a pastor in prison, the man is free to stand in a Baptist pulpit. Baptists don’t even keep any systematic records on clergy abuse reports, much less do anything about them.

Thinking about how easily Baptist honchos get away with such a cowardly justification of do-nothingness, I figured the Pope could use a pointer or two. So I decided to write this letter.
______________________

To His Holiness Pope Benedict XVI:

I know it must have hurt to see that front page story in the New York Times. And such ugly documents! Those pieces of paper sure came back to bite you, didn’t they?

That’s why I’m writing. If you want to better protect your image, I figure you could learn a thing or two from Baptist officials.

For starters, take a lesson from the Baptists and quit keeping so many records on your clergy. I know you’ve got that pesky little problem of Catholic canon law, which requires record-keeping. But since you’re the top-dog, why don’t you just issue some sort of edict?

You could just say, “No more record-keeping.”

That’s how it works in Baptistland. No records -- no trace -- no trouble.

It doesn’t work out so well for the kids, of course, but it works out great for the high honchos. You might want to give it a try.

In fact, I’d guess that a whole lot of those troubling priest-abuse lawsuits might have never even been filed if you guys weren’t so big on record-keeping. And they sure wouldn’t have brought in the big dollars that some of them did.

The records are the root of your problem. Lawyers know that, with a lawsuit, they’ll be able to force the disclosure of documents, and then it’s what’s in those documents that drives up the dollar cost of the lawsuits, isn’t it?

So just say "no" to record-keeping. That’s the Baptist way and it makes things so much easier. Well … easier for church leaders and denominational top-dogs, but no one seems to have any problem putting on blinders about the kids.

And then there’s the problem of that office you used to head up -- the office that decides whether accused priests should be given ecclesiastical trials and defrocked. It’s the office you call the “Congregation for the Doctrine of the Faith.”

I like the catchy name, but that office has really caused you a lot of trouble.

A Baptist guy once proposed that Baptists establish something called an “Office of Ministerial Accountability and Integrity.” He had in mind an office that would do things similar to what it sounds like your office did -- look into reports about clergy sex abuse -- but since he’s Baptist, he never even considered the possibility of an office that would actually “defrock” ministers. He just thought it might be helpful to have a denominational office where trained people would look into clergy abuse reports and then inform people in the pews about their determinations. But of course, this guy was just dreaming pie in the sky. Baptists don’t have anything even resembling such an office.

You see, once again, that’s where you Catholics messed up. You never should have had such an office to begin with.

If you never had such an office, then no one would have even known where to report all this stuff. And no one would be pointing fingers at you, as the former head of the office, for what you did or didn’t do. And you wouldn’t have all those file cabinets filled with things you guys are probably still hoping no one will see.

Just say “not my problem.” Put up a big, bold-face, all-caps, red-letter disclaimer saying “We don’t endorse any priests.”

Just shrug and say “We leave it totally up to law enforcement.” That’s the Baptist way.

The side benefit is that, if you did like Baptists and waited for the law to throw a priest in prison, then you wouldn’t have such a shortage of priests. Virtually all experts recognize that the vast majority of cases cannot be criminally prosecuted, and so about 95 percent of those hundreds of priests who have been removed from active ministry could be put back into churches. It’s because of your own ecclesiastical processes that they’re gone.

I know it’s hard to imagine, but you might want to think about it. The Baptist system of denominational do-nothingness works out really well for the honchos.

Of course, it’s hell for the kids.

Respectfully and with hope,
Christa Brown

As the pastor of a church had an eight year old girl from our Sunday School kidnapped, raped and murdered by a man. When held her to turn her had just befoe he cut her throatshe lookeed at him and said, "Jesus loves you." The perp admitted tis in court.
When he wasentenced to die I wrote the Govenor offered my services to pull the switch. Many did not understand my motivatation then or now. I waited until hes convicted. But I could n stand the thought of him goingee to do it again.
Many just do not undersdtand the dama and the curse placed on the life of a child when they are abused.
The SBC must wake up and say, 'EOUGH IS ENOUGH!" "wE WILLTOP THIS AT WHATEVER LEVEL WE CAN!"
I am sure there will be those who even now think I am too hard. But if you ad the Bible close enough you will see the responsibility we have to protect the innocent!

John, I stand with you on your position.

On March 28, I changed the title of this posting from "Letter to the Pope" to "Baptist pointers for the Pope." Just noting the change.

This is all so terrible. It is a problem with our society. Make birth control okay, make abortion okay, and if you it okay than it is okay. What happened to minister, priest and regular people saying no this is wrong. The Catholic Church in America reported only 6 credible claims of sexual abuse in 2009 as reported in the annual report. too many but out of 65,000,000 Catholics it is a pretty good improvement. Good job. Now if all of the rest of the Christian Churches could provide such a report. Good work Christa!

Keep up the good work Christa! Baptists have even more of a problem than Catholics because they're even better at cover-ups than Catholics.

I heard SNAP leader Clossey on Gallagher's show yesterday about this scandal...perhaps you should contact him to more pieces on this subject.

Anon: I communicate with David Clohessy fairly frequently. I have been a SNAP leader and was a featured speaker at the last SNAP national conference in Washington D.C.

David was also recently quoted as saying this about the Baptist problem: "In many respects, those abused by Baptists face an even tougher road than those of us who have been molested by Catholics. . . . I've seen Baptist officials be stunningly cruel."

In replying back to you about hearing David and in regarding your comment on the SBC leaders...their duplicity is unbelievably uncanny. In seeing Patterson, trashing an awesome state credited counseling program..and yet using the testimony of a counselor that seven women's testimonies as not matching up to descredit them. He is as Machevillian as they come.

I wish the Catholic Church would not have listened the liberals of the 1950's, 60's, 70, and 80's and that with therapy this problem could be solved. That was the prevailing thought of the day. There has been many actions taken to correct and protect. In the latest report that the Bishops require, in the year from 2008 to 2009, there was 6 accusations of misconduct out of 40,000 priest. Now if the rest of the organizations could report the same.