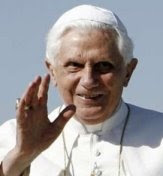 This reality was driven home during the Pope’s visit, when SNAP focused its energy on urging the Pope to establish a worldwide policy on protecting children against clergy sex abuse.

Back in 2002, Catholic canon law deemed that the protective policies adopted by United States bishops were “particular” laws, applicable only in U.S. dioceses and not in other parts of the world. From Thailand to Turkey, from Kenya to Columbia, Catholic children worldwide do not get the sorts of protections that Catholic children in the U.S. now get.

Bishops in the United States created the Office of Child and Youth Protection “to provide a vehicle of accountability and assistance to dioceses” and in an effort to work cooperatively toward ridding the ranks of clergy predators. It was an incomplete effort, and the policies have been inconsistently implemented, but at least it was a start.

Bishops in the rest of the world have done virtually nothing.

It would require a change in Catholic canon law for dioceses worldwide to be able to remove abusive priests from ministry based on “credible accusations” in the way that U.S. dioceses now do. It’s a change that is much needed.

On Wednesday, a Duluth News-Tribune editorial pointed out, without the sort of policies that were adopted by U.S. bishops, “one can only shudder at the possibility for abuse against an impoverished child in an unempowered Third World family.”

Yet, kids in Third World countries are just as needy of protection as kids in the United States.

Likewise, kids in other faith groups are just as needy of protection as Catholic kids. Most other major Protestant groups seem to have recognized this by instituting review board policies of their own, but Southern Baptists still have not.

Sometimes “credibly accused” pedophile priests flee this country for the less-constraining territory of a Catholic diocese abroad that isn’t subject to the sorts of safeguards that U.S. bishops adopted. By comparison, Southern Baptist ministers don’t even have to leave the comforts of the U.S.A. Even when child molestation accusations are substantiated, there is no Southern Baptist policy or procedure for removing the man from ministry or even for warning people in the pews. Typically, an accused Southern Baptist minister can simply move to another state. Or maybe even to another church just down-the-road. No one in Southern Baptist circles is likely to stop him.

Not a single one of the statewide Baptist conventions is even beginning to address the clergy abuse problem in the way that most U.S. Catholic dioceses now do. And we sure haven’t seen much leadership on this from Southern Baptist headquarters in Nashville.

The tragic truth is that Southern Baptist leaders are so far behind the curve on addressing clergy sex abuse that they haven’t yet even seen their way to the starting blocks.

Why shouldn’t Southern Baptist kids have at least the minimal sorts of protection that are now provided for Catholic kids in this country?

Finally, the Pope’s visit serves as a reminder of how far SNAP has come in its work of exposing clergy abuse and cover-ups. SNAP was out there working in the trenches a full twelve years before the 2002 Boston scandal tipped the scales with enough media glare to compel U.S. bishops toward action. Now, in almost every article about the Pope’s visit, there has also been mention of the sex abuse scandal. With extraordinary perseverance, SNAP successfully brought this dire problem to public consciousness.

Sooner or later, if Southern Baptists do not get on board the train of clergy accountability, SNAP will also succeed in mustering sufficient media glare that Southern Baptist leaders will be compelled to action.

Of course, we hope it will happen sooner and that Southern Baptist leaders won’t wait until they are compelled. We hope they will voluntarily get on board, before countless more kids and families are wounded.

But one way or the other, SNAP is in this for the long haul.

Congratulations and many thanks to SNAP for all your efforts on behalf of those sexually abused by clergy. SBC leaders should not wait until they feel compelled to take action. They should just do it because it is the right thing to do.

Keep up the good work.

Yes Kaye - wouldn't that be somethng wonderful to bear witness to? It's almost hard to imagine, isn't it? What would it be like to see Southern Baptist leaders taking strong action on clergy sex abuse for no reason other than that it's the right thing to do?

SNAP worked for years without seeing the results of their labor. They knew it was a worthwhile cause to protect sweet and innocent lives that were being destroyed by clergy sexual abuse. I applaud them for not giving up, backing away or slowing down. The battle is not over and Christa, I am so appreciative of your persistent and resilient spirit.

On another blog, and with a negative tone....Christa was labeled as relentless.
I thought it was a very positive and fitting label!

The pastor last night said that all sins were nailed to the cross, there is nothing that cannot be forgiven and then went on to list several such as alcoholism, prostitution, pornography and named child abuse. His saying child abuse disturbs me.

Anon 10:02 - I'm glad you're disturbed by that sort of talk from the mouth of a pastor. It's the same sort of talk that has allowed clergy child molestation to go unchecked for far too long. Even when there is genuine repentance and forgiveness, there are still consequences for such horrific deeds. One of those consequences ought to be that a minister who has used his position of trust to molest a kid can never again occupy such a position of trust.

Alcoholism, prostitution, pornography are things you do against yourself, even though the harmful effects can be felt by others, including family members, etc. Child abuse is done against someone else, just like murder is done against someone else. There should certainly be action taken to prevent the child abuser and murderer from doing this to another person. Some may think a child abuser and murderer should not be linked but I have seen the damage done by both. Does God forgive? Of course He does when we truly repent and change but we still must pay the consequences for our actions in our society.

I've been doing some spring cleaning and discovered a library book I had checked out in 09/01. The book was entitled, "How To Handle Adversity" by Charles Stanley. I was dealing with inappropriate sexual and abusive behavior from a minister that I worked with. I could not deal with it on my own and had no one to turn to in the workplace.

I had tried to report it to "my supervisor" (another minister), but that resulted in being laughed at and an increase in the minister's abusive behavior. I prayed for God to help me, protect me, change my heart or the minister's heart if necessary.

Five months later I submitted my resignation, after being told to "lay your grievances out on the table", which I did. Seeing the library book caused me to remember how desperate I was for his behavior to stop. I had never heard the term "clergy sexual abuse" and was not aware of this happening to others. One of the things that was probably most hurtful was that the staff did not believe me when I told my story. But in my heart, I know they knew I was telling the truth and just needed to protect themselves.

The book "How To Handle Adversity" had nothing to do with clergy abuse. I am thankful to have gained knowledge about this topic for the sake of others and myself. Pastors and congregants really need to be educated about it. I hope the SBC's Ethics Committee and the SBC leadership will step up to the plate.