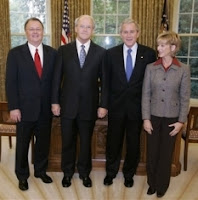 Today’s news: Credibly accused Catholic priests are “roaming freely.” They were booted from the priesthood and their names are listed on the Philadelphia Archdiocese’ website. But they aren’t on any sex offender registry because they’ve never been convicted of anything.

“So the only way the public can take precautions is if people happen to learn” through the press “that a predator is in their midst.” In this instance, it was the Orlando Sentinel that informed the public about credibly-accused Philadelphia priests who had moved to Florida.

These priests were brought to light, and the press was able to report on them, because the archdiocese made a determination that the claims were “credible.”

The priests still roam freely, but at least the public could be warned.

That’s a whole lot better than what happens with Southern Baptist clergy predators. No one makes any determination of whether claims are credible; no one acknowledges credible accusations; and no one posts credibly accused clergy. This makes it far more difficult for the press to report on accused Baptist clergy. And this usually means that the public never find out about them.

Catholic priest child molesters are at least removed from ministry. Southern Baptist clergy child molesters aren’t. They’re able to “roam freely” AS MINISTERS, moving from one congregation to another, with no denominational leader stopping them or making any effort to assess the credibility of child molestation reports against them.

While people legitimately complain that the Catholic Church doesn’t track credibly accused priests after they’re removed from ministry, it should be noted that Southern Baptists don’t even track accused clergy child molesters while they’re IN ministry.

Like complicit Catholic bishops, countless Southern Baptist ministers, deacons and denominational leaders have turned a blind eye to accusations of abuse, and in so doing, abetted clergy-predators in allowing them to roam freely from congregation to congregation.

Do you really believe that a powerful organization like this can’t figure out a way to provide at least the minimal sorts of protective measures that other faith groups provide? Its leaders stand in the oval office with the President of the United States, but when it comes to protecting kids, they throw up their hands and say, “We’re powerless.” (That’s SBC Executive Committee president Morris Chapman and SBC president Frank Page with the President.)

SBC general counsel Augie Boto recently bragged that the Southern Baptist Convention has NEVER had a judgment rendered against it in its entire existence, since 1845. So this huge tentacular organization obviously has some pretty smart lawyers.

This makes it all the more apparent that, if the Southern Baptist Convention really wanted to, it would find a legal way to implement a denominational registry of credibly-accused Southern Baptist clergy child molesters.

Posted by Christa Brown at 4:16 PM