Put your lawyer hats on 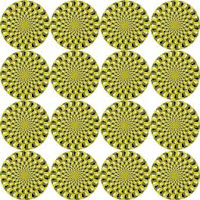 In June, the Baptist General Convention of Texas changed the wording of its policy on church reporting of clergy sex abuse. Under the BGCT’s prior policy, the BGCT would put a minister’s name in its secret file “if the minister confesses to the abuse or sexual misconduct; there is a legal conviction; or there is substantial evidence that the abuse took place.” The determination of “substantial evidence” was made by the attorneys for the Baptist General Convention of Texas.

Under the new policy, the BGCT will put a minister’s name in that secret file based on a confession, a conviction, or if the church “provides a report that the sexual misconduct took place.” Thus, the essential change is that, if a church reports a minister, the BGCT will no longer review for “substantial evidence.”

The BGCT made much ado about this change and patted themselves on the back for their leadership on dealing with clergy sex abuse. They issued a statement about how they were “making it easier” for churches to report abuse to them because they were “waiving” the requirement of “substantial evidence.” (Of course, the BGCT and its advisors know that “in the normal scenario” churches don’t report abuse anyway, but that’s another issue.)

So, here’s the challenge to all you lawyers out there. Look at the change between these two documents: (1) Policy before June 2007; (2) Policy after June 2007. Put on your “lawyer-hat” and ask yourself WHY you think that change was made.

Is that a change that was designed to better protect kids against clergy predators?

Or is that a change that was designed to better protect the BGCT itself from the risk of potential liability?

I’m not asking about whatever possible argument you might be able to make. I’m asking what you, in your own mind, really believe is the most likely explanation for that sort of change.

Every lawyer I talk with says it’s a no-brainer. “Duhhhhhhh…….” The BGCT is looking after itself. The BGCT appears to be washing its hands of the matter in order to remove the appearance of exercising control and in order to better protect itself against potential liability.

It’s plenty bad enough that the BGCT does diddly-squat for the protection of kids against clergy predators, but for them to spin that diddly-squat into braggadocio is pure illusion.

Posted by Christa Brown at 2:13 PM